Read about six films that aren't classic Christmas movies, but can, nonetheless, prompt meditation on the effects of the Incarnation celebrated at Christmas.

With the Christmas season comes the viewing of the many excellent films and television specials we tend to return to year after year and for good reason.

Whether classics such as It’s a Wonderful Life, A Charlie Brown Christmas and the many wonderful adaptations of A Christmas Carol or more secular fare like White Christmas, Home Alone and Elf, these films make for spirited Christmas viewing. Additionally — and most importantly — many of them capture some element of the mystery of Christmastide in a profound way and can help us to better immerse ourselves in the season.

Presented here are six more films that, if not already a part of your seasonal viewing experience, might serve as catalysts for deeper meditation on the very real effects of the Incarnation and the beautiful truths that unfold from it.

This 1985 television special, based on the short story The Other Wise Man by Henry van Dyke, features Martin Sheen as a priest of the Magi who, after arriving too late to pay homage to the Christ child in Bethlehem, embarks on a decades-long mission to find the Messiah. Along the way, he and his companion Orontes (Alan Arkin) find themselves confronted with situations challenging them to imitate the same Christ they always seem to miss at every corner. In a culture in which popular Christmas fare is so often marred by a cynicism unbecoming of the season, The Fourth Wise Man offers reprieve in the character of Sheen’s Artaban, a good and just man whose faith and selflessness anchor this often charming and steadily beautiful story that warrants viewing this Christmas season.

Set in the trenches of France during the First World War, the film follows six main characters from three warring infantries as it nears Christmas 1914, the first of the four-year conflict. Weary of fighting and the holiday fast approaching, a shared desire for peace fills the air, and gradually the singing of carols induces a cease-fire and a celebration of Christmas Day. A fictionalized account of a true event, the film is one brimming with dissonant imagery: Christmas trees twinkling along the top of a disheveled trench line; men who had earlier been massacring one another now shaking hands and exchanging gifts; German carols sung over Scottish bagpipe accompaniment. Yet in this way, more than being narratively tied to Christmas, the film reflects the dissonance of the Nativity and the paradoxes of the Incarnation in a profound way and makes for a compelling watch during the Christmas season.

One of the great John Ford’s lesser-known works, 3 Godfathers is the tale of a group of rustlers driven into the Arizona desert after a bank robbery sets the local marshall and posse on their heels. As desperation and dehydration take hold, the trio stumble upon a woman in labor, whose dying breath exacts a promise from the men to save her child and sets them on their paths toward redemption. Though through and through a Western — and a very visually stunning one at that — the film is a Christmas tale in many explicit ways. Beneath the echoes of the Biblical account of the Three Magi, the frequent recitation of scripture and a climactic moment occurring on Christmas Day itself, the film is a masterful showcasing of the inseparability of sacrifice from the Christmas narrative. Superb camerawork from the legendary Winton Hoch dramatically captures the immense trials experienced by each man as they, unwittingly in many ways, sweat and stumble their way across the desert toward Jerusalem and salvation by the cause of an infant child.

In comparison to films with similar sentiments and storylines, such as The Bells of St. Mary’s or Lilies of the Field, Come to the Stable is perhaps a bit more sentimental and conventionally made but nonetheless serves to warm the heart, and in no small way by its Christmas imagery. The film tells the story of two French sisters seeking to build a hospital in Bethlehem, Connecticut. In spite of their naiveté (or perhaps entirely because of it), the pair manage to engage the entire town in the execution of their ambitious plans. Through success and setbacks, Srs. Margaret (Loretta Young) and Scholastica (Celeste Holm) pursue their goal with steady directness, sometimes to the consternation of their neighbors but always with an innocence that seems impossible to chastise. With its setting and references to the Nativity story, the film is a particularly gratifying watch this time of year.

In many ways only bearing the trimmings of a Christmas film, The Shop Around the Corner is a smartly written tale in which two warring individuals unwittingly fall in love via pen pal letter. Although on the surface Christmas largely appears with the commercialized elements of the season, along the way the film does underscore the Christmas season as being one in which facades are removed and things that should be brought into the light are so done. The overwhelming charm, of course, of Christmas decorations and festivities on an idyllic Budapest street alone makes the film worth viewing this time of year, but combining that imagery with a thoroughly entertaining story makes the film one sure to benefit your experience of the Christmas season.

Previously highlighted in 5 Films to Inspire Us In Our Call to Evangelization, Babette’s Feast is a film charged with the Catholic incarnational tradition, beginning with Babette herself, who, in taking on the titular labor of love, serves as an emissary of Incarnational reality and grace. Though very little occurs around Christmas, the film is imbued with a Christmastide spirit, most decidedly in its contrasting of bleak Danish winter and gnostic-like asceticism with the warmth of a candlelit dinner, reddening and smiling faces, and the experience of delighting in the things God has created and declared to be good. A joyous feast for the heart and the soul, Babette’s Feast is a course perhaps best served at Christmastime. 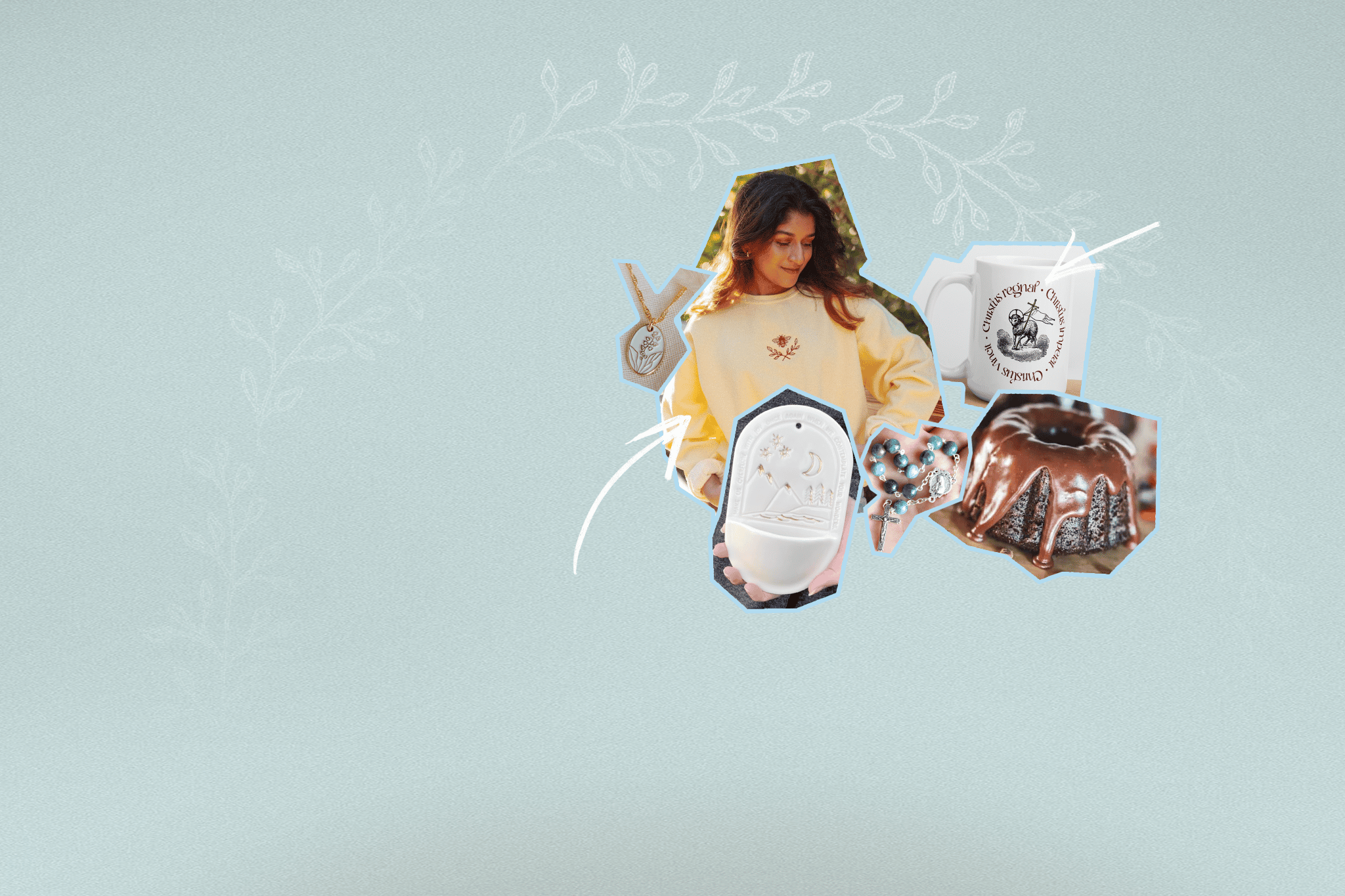