The Eucharist: Source of Our Life in Christ 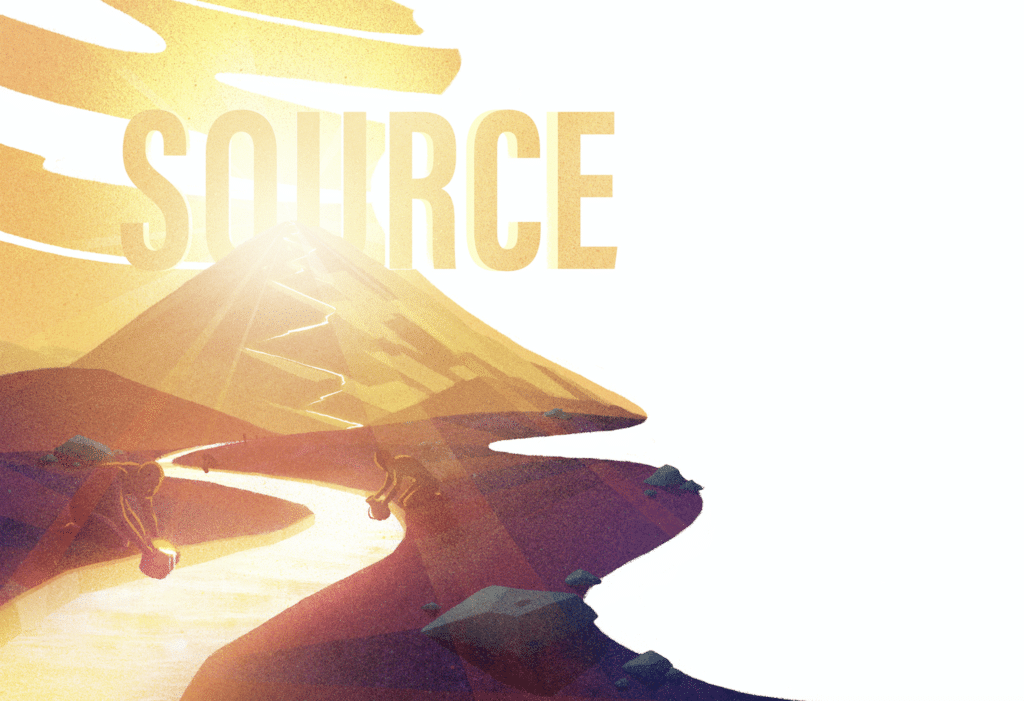 “Out of the darkness of my life, so much frustrated, I put before you the one great thing to love on earth: the Blessed Sacrament … There you will find romance, glory, honour, fidelity, and the true way of all your loves upon earth … which every man’s heart desires.”

Every great story has a beginning, a climax and an end. Every journey has a starting point and a destination. Every human accomplishment begins with a moment of inspiration; is fueled by a combination of talent, vision, energy and drive; and finds fulfilment in meeting a desired goal.

The Christian life is a great story, an epic journey and an accomplishment unlike any other. And our Catholic tradition identifies one key to all of these aspects of our life in Christ. One reality serves as the beginning, climax and end of our story of faith, as the starting point and destination of the church’s journey from death to life and from earth to heaven, and as the inspiration, fuel and fulfilment of all that Christ has accomplished in our salvation.

The key to all of this is the sacrament of the holy Eucharist, which J.R.R. Tolkien rightly calls, “the one great thing to love on earth.”

The Catechism of the Catholic Church, echoing the teaching of the fathers of the Second Vatican Council, identifies the Eucharist as the “source and summit of the Christian life” (par. 1324). This article will explore what the church means when she identifies the Eucharist as “source” of the Christian life, while the second article will consider the sacrament as “summit.”

The Eucharist as a Sacrament

The Eucharist is one of the seven sacraments instituted by Jesus Christ to communicate his saving grace to his people.

The Catechismnames the Eucharist “the sacrament of sacraments” (par. 1211), and this title is rooted in the teaching of St. Thomas Aquinas, who in his Summa Theologicawrites that the Eucharist, in relation to the other sacraments, “is greater than all the others and perfects them.”

The sacraments are saving gifts of Christ to his church, given so that, after his Ascension, his followers on earth can encounter him and have life in union with him. The visible signs or “appearances” of the Eucharist — bread and wine — are very humble, but their humility speaks to us of the incredible humility involved in the Son of God becoming man in the first place for our salvation. The sacraments are a masterstroke of God’s artistry, effectively communicating to us what would otherwise be incommunicable: God’s own life, love, grace and power.

The Eucharist as a Sacrifice

An often-forgotten truth about the Eucharist is that it refers both to a sacrifice and a sacrament. Holy Mass, which we often call the celebration of the Eucharist, is a sacrifice. That is why it is enacted on an altar and not merely a table. In the Mass, the supreme and final sacrifice of Calvary, the sacrificial death of the Son of God for our salvation, is represented — made present once again — on the altar.

Many questions have arisen over the centuries about how the Mass can be a sacrifice, and we cannot even ask, let alone answer, all such questions here. But it is the faith of the Catholic Church that Christ meant what he said at the Last Supper, the first Mass: “This is my body, which will be given for you … This cup is the new covenant in my blood, which will be shed for you,” and, “Do this in memory of me” (Lk 22:19-20). In these words, Christ offers his body and blood precisely as a sacrificial gift for us, and he commands us to do what he has done.

Monsignor Ronald Knox, an English priest and apologist of the first half of the 20th century, writes that the Mass is like the performance of a great symphony. Composed once by a master, it is then performed countless times by those who gladly offer again what the one master has accomplished. The Mass is the bloody sacrifice of the cross offered in an unbloody way, so that we first might be able to join ourselves to Christ as he offers himself to the Father and then “taste and see that the Lord is good” (Ps 34:9).

The Real Presence and Transubstantiation

The last two foundational doctrines concerning the Eucharist, the Real Presence and transubstantiation, are so closely linked that we can consider them together. As with the Mass as a sacrifice, so in teaching these doctrines the church takes seriously the words of Jesus, repeated at every Mass: “This is my body” and “This is the chalice of my blood.” Notice, he does not say, “This breadis my body,” or, “This wineis my blood.”

In his 2003 encyclical on the Eucharist, Ecclesia de Eucharistia(“The Church of the Eucharist”), Pope St. John Paul II reminds us that there are many ways in which Christ is present in the world, but the Eucharist is his presence par excellence. Christ is present in his word, especially proclaimed at Mass; in the poor and needy; in priests; and in the assembly of people gathered to worship. But the completeness, immediacy and substantial nature of Christ’s presence in the sacrament of his body and blood is unmatched.

My reference to the “substantial nature” of Christ’s presence brings us to the doctrine of transubstantiation. This term comes from the Latin words for “across” and “substance,” indicating that the change involves crossing the gulf between the substances of bread and wine and the substance of Christ’s body and blood.

At the consecration, when the priest pronounces the words of Christ over the elements of bread and wine, the change into Christ’s body and blood is immediate, complete and irreversible. God’s power makes this change possible.

The ‘source’ of the Christian life

Is the Last Supper also a beginningsupper? Absolutely, yes. The first celebration of the Eucharist is one of the landmark beginning points of the church’s life. At the Last Supper, Christ instituted the priesthood among his apostles and charged them to “do this in memory of me,” to offer the same sacrifice and share with his people the gift of his body and blood.

The Second Vatican Council teaches that in the Eucharist, grace pours forth “as from a fountain,” nourishing God’s people and giving them life in the Holy Spirit. The Eucharist is what one of my own seminary professors calls “the sacrament of transforming intimacy,” because by its powerful graces it draws us into union with Christ and makes us more like him.

We often speak of our need to followChrist, and that is certainly necessary, but we do not do this by our own power. We first become likeChrist so we can follow him by his power and the power of his Spirit at work in us.

Our tradition teaches that the Christian life is a pilgrimage from earth to heaven and through death to life. This journey is one of the meanings of the word “Passover” or “Paschal.” In the Old Testament, we witness God leading his people through the desert, from Egypt to the Promised Land, nourishing them along the way with manna, heavenly bread designed and given by God specifically for the task of keeping the Israelites on the move.

The Eucharist is the perfect manna, the new manna given by Christ, which also isChrist. And the Eucharist is specifically crafted by God to nourish us in just the ways we need in order to make our pilgrimage through the narrow and difficult way of this world that leads to life eternal. That is why St. Thomas Aquinas refers to every reception of the Eucharist as Viaticum, or “food for the journey.” The whole of our lives is a journey, and each day is another step toward heaven or hell. So, we need heavenly nourishment to walk in the right direction, to move ever upward toward our true homeland, what St. Paul calls the place of our true citizenship: heaven.

An Encounter of Friendship

A final combination of ways in which the Eucharist acts as the “source” of the Christian life is that in the sacrament we encounter Christ and find the possibility of friendship with him. This is why the Eucharist is often the cause of conversions to the Catholic Church. Countless people over the centuries have been thunderstruck by the awesome presence of Emmanuel, “God with us,” here and now.

Pope Benedict XVI has famously written in his 2005 encyclical Deus Caritas Est(“God Is Love”), “Being a Christian is not the result of an ethical choice or a lofty idea, but the encounter with an event, a person, which gives life a new horizon and a decisive direction.” Pope Francis also has heavily emphasized the role of encountering Christ as the essential beginning of the Christian life. There is no better opportunity for this encounter than when meeting Christ present in the Eucharist, whether in Mass or in eucharistic adoration.

From this encounter, then, intimacy with Christ begins to take shape and deepen. By spending time with him — gazing upon him in worship and praise, thanksgiving and petition; by living a more eucharistic life, a life of self-sacrificing love and service, of humility and all the other virtues — friendship with Christ grows and grows.

The Eucharist: Source of Our Life in Christ 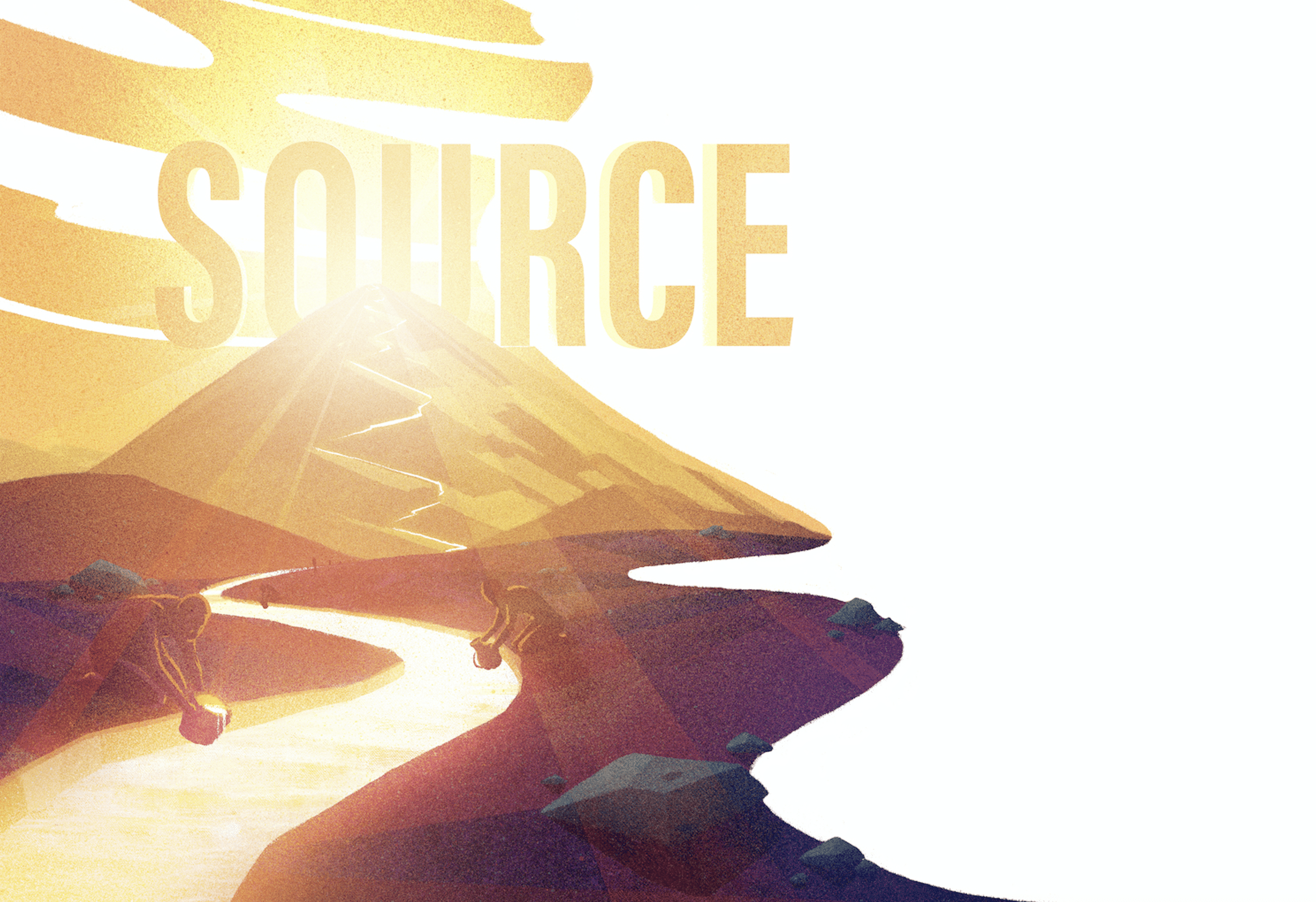