The Power of Holy Thursday 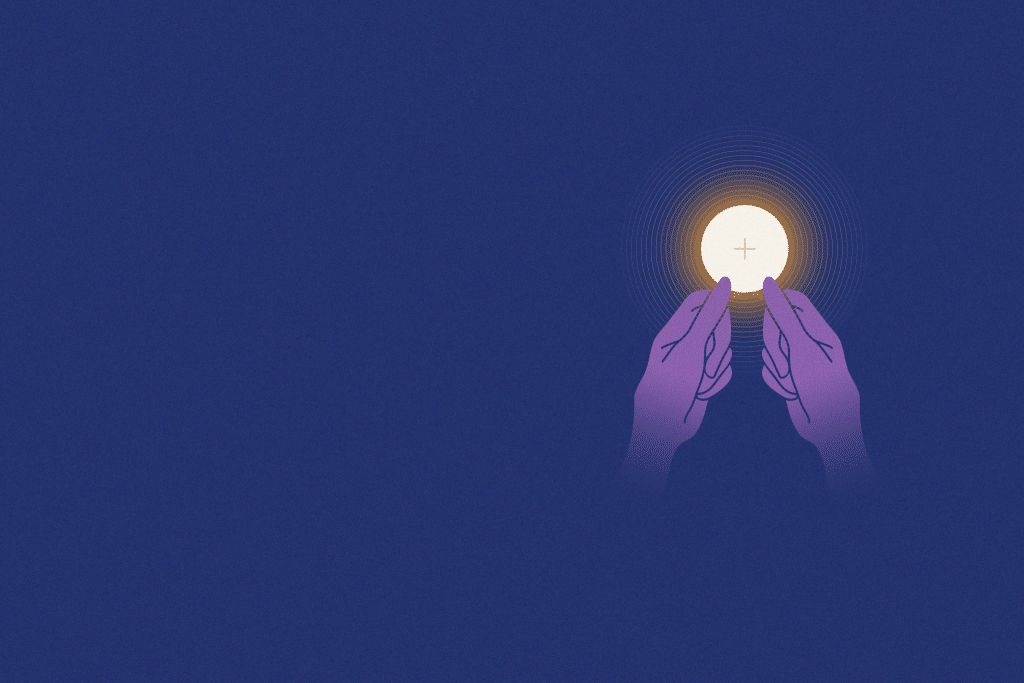 Imagine, if you will, the simple man who made the bread which Jesus used for that first Eucharist on Holy Thursday, the night before his death. He wasn’t a perfect man. He wasn’t a sinless man. He likely had no idea that the end result of his work that day would wind up being used by the second person of the Trinity to initiate the source and summit of our Catholic faith.

But when Jesus did ultimately take into his hands the fruit of that man’s labor and transform it into his very body, a tremendous miracle occurred, and the greatest of all sacraments was initiated. From the simple came the sacred; from the ordinary came the heavenly.

The Irony of the Eucharist

At the Holy Thursday Mass of the Lord’s Supper, we celebrate the initiation of this great sacrament, as we simultaneously lament and grieve over what followed the Last Supper. It’s a great irony that the gift of the Eucharist was given to us at one of the darkest hours of Jesus’ life on earth. But it’s a beautiful irony as well, in that it speaks to the very essence of a life of faith: all of us who follow the Lord must pick up our cross and carry it, for when we do, we triumphantly live out the faith that we profess.

Indeed, a life of faith is grounded in irony. Out of the depths of sorrow come the greatest of our prayers. The blood of the martyrs is the seed of the Church. There is no resurrection without the cross. And the list goes on.

The Goodness of the Priesthood

There’s another sacrament which was initiated on that most sacred of nights, and that is the sacrament of Holy Orders. At the last supper, Jesus commissioned his priests to “do this in remembrance of me.” This they have done for 2,000 years.

Were these first priests who were with Jesus at the Last Supper perfect men? No. Were they sinless men? No. In fact, their leader was just hours away from denying that he even knew the Lord. These men were far from perfect, and they would prove this time and again after Jesus’ resurrection and ascension. But despite their imperfections, Jesus created in them something which is also beautiful and sacred: the priesthood.

Every Holy Thursday, I think it’s appropriate to pause and reflect upon the goodness of the priesthood, and the goodness of the men who have given their lives to it. We must always remember that the vast majority of our priests are good, holy men who are pillars of the communities where they live.

The Sacrifices of the Priest

The priest is a man of humility. He has no aspirations of moving up the corporate ladder or of becoming wealthy. His role is to serve, and tonight he will demonstrate that for his parishioners by washing feet. This is one of the highest honors he has as a priest – to wash feet. For many of us, this would be an insult. But for the priest it’s done on this holy night to help him always remember that he is first called to serve.

Who is the first person to be called to the hospital or accident scene in the middle of the night? The priest. Who unselfishly prays for his parishioners each and every day while rarely asking for prayers for himself in return? The priest. Who gives the joy of absolution to others in exchange for carrying the burden of their sins in his heart, never to be discussed or revealed? The priest.

Take a Pause in Gratitude

The irony of initiating the Eucharist in one of Jesus’ darkest hours is echoed by the irony of initiating the priesthood at the same time. There was no pomp and circumstance in the upper room when it happened. Most likely there was little more than fear. And in the crucible of that fear was forged the iron foundation of the priesthood, the very thing to which we turn when we ourselves are in fear.

May we all pause on Holy Thursday, on this commemoration of the initiation of the priesthood, to give thanks for our priests and to pray for them as they go about their ministry serving us.

“The priesthood is the love of the heart of Jesus. When you see a priest, think of our Lord Jesus Christ.” – St. John Vianney, patron saint of parish priests