Take Courage: Fix Your Eyes on the Lord

Sister Maria Pacis Polakovic, RSM, shares how we can banish fear with fortitude, drawing inspiration from heroes of scripture who call us to embrace the Lord’s call to take heart and be not afraid 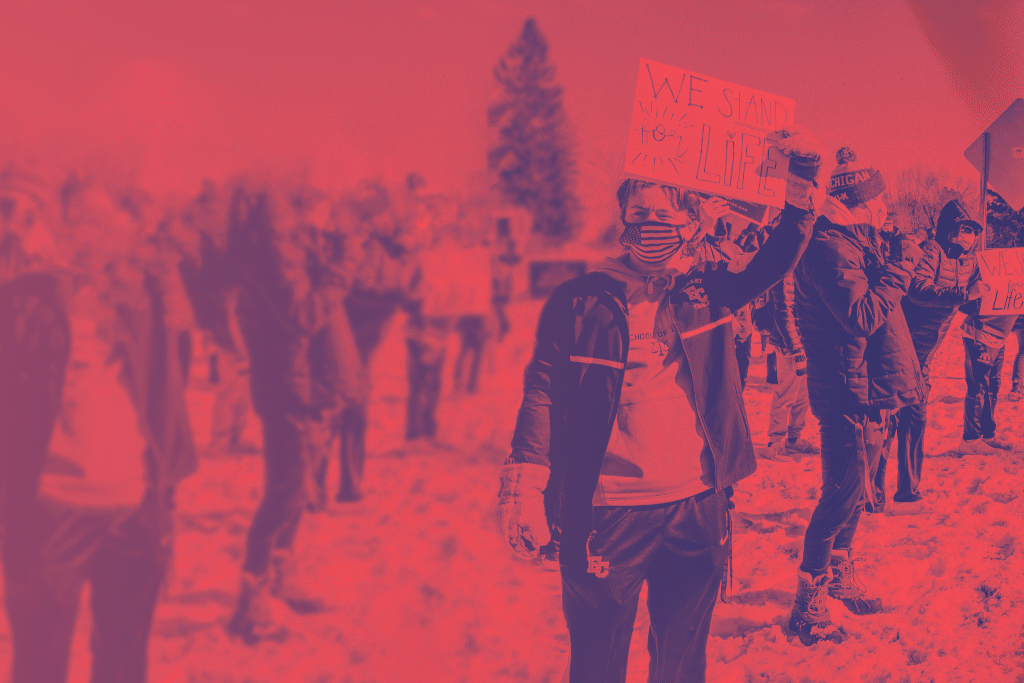 Take heart; It is I!

When hearing the Scripture readings each Sunday at Mass, have you noticed how frequently the Lord tells his people not to be afraid? “Do not be afraid, Mary …” (Lk 1:30); “Do not let your hearts be troubled or afraid,” (Jn 14:27); “Fear not, for I am with you” (Is 43:5). What else could this mean except that fear is a reality that we grapple with and experience? In our moral and spiritual lives, the virtue of fortitude, or courage, helps us to overcome fear to perform good works, conformed with right reason.

To begin examining the passion of fear and the virtue of fortitude, let’s first look through the lens of St. Thomas Aquinas.

Fear is an irascible passion of the soul that seeks to avoid impending evil. As a passion, it is neither good nor bad, but can become ordinate or inordinate, according to its submission to reason. For example, if you see an angry, unknown dog running towards you, growling and snarling, you will experience fear. You may run inside, shutting the door behind you, thus avoiding the impending evil of possible bite marks. It would be unreasonable to try snuggling with the snarling canine. You experience the passion of fear, which evokes the response, “Avoid this! Get away!” Through right reason, you look for refuge indoors. Conversely, if, from then onwards, you cower in fear at the sight of every canine, running indoors to seek protection, this may be unreasonable, in which the passion of fear is inordinate and not in conformity with right reason.

The virtue of fortitude helps to curb our inordinate fears. It is a moral virtue, one of the four cardinal virtues upon which our moral life depends. Fortitude primarily deals with removing obstacles due to various difficulties presented that would prevent us from acting well and doing good according to right reason. By possessing the virtue of fortitude, man is able to face impending evils and dangers, including the danger of death, with a firmness of mind and heart, enduring whatever may befall him, strengthened to carry out the good action for the sake of truth. The greatest act of fortitude is ultimately martyrdom, by which the fears of bodily suffering and death are overcome, acting according to a higher good for the sake of the truth. Fortitude can be acquired through formation and effort. It also is infused into our souls by God at baptism, helping to make us fit for our supernatural end — eternal life and happiness with God.

Surely you are familiar with the heroic story of David and Goliath. David, the youngest of his brothers and a shepherd of sheep, takes on the challenge of battling the enormous, experienced Philistine warrior, Goliath, with nothing other than a sling and stones. Noteworthy in this story is that the odds were against David. The environment oozes with fear, a paralyzing fear in which the king of Israel, Saul, is described as terrified. David is held in contempt because of his age. He is seen to spurn weapons of war in favor of tools that seem utterly useless. His strength and courage come from calling upon the name of the Lord, trusting in his deliverance and mercy. As you know, David wins, and it seems as though the victory was effortless.

At times, you may encounter situations in which there is an existing fear that spreads and suffocates those who succumb to it. These persons may be leaders in the community. Perhaps, you may encounter situations in which your natural gifts seem to be insufficient for the task at hand. Perhaps you may be ridiculed and misunderstood for taking a stand against an evil that you may face at home, in the workplace, or public sphere. Take courage, follow the example of David. His strength was the Lord, and he knew that. His courage came from calling upon the Lord’s name.

With her Jewish identity hidden, Esther becomes the queen to the Persian emperor, whose minister sought to destroy the Jewish people. Because of her role as queen, providentially placed, she is to plead with the king on behalf of her people. Fearing the illicit action to approach the king without being summoned, and fearing for her own life and the lives of her people, she is prompted by her uncle to take courage and consider that perhaps all has been divinely ordained. Queen Esther takes refuge in prayer and fasting to the Lord, pleading with him to save her from her fear. She considers herself alone, except for her knowledge that God is with her. As the story unfolds, she approaches the king who pities her and through a surprising turn of events, she and her people are delivered from destruction.

Have you ever been afraid to be the one chosen, the one to stick out? Have you worried that your life and the lives for whom you are responsible are at risk of harm, fearing the consequences of what may befall them from what you do? Have you ever been afraid of being alone in living out your faith? Take courage, follow the example of Esther. She prayed to her God and knew him present. Her courage came from her trust in the Lord, her reverence for her Lord.

Lastly, let’s reflect on St. Peter and Jesus. Jesus is walking on water, coming towards the apostles who were cowering in fear in the boat because of the great storm. Jesus approaches. Peter gains courage, begging for the impossible. He begs that the Lord make him also walk upon the water. In his mercy, Jesus calls him forth. Peter takes courage, gets up, and starts walking towards Jesus. When looking around, realizing what he is doing, Peter notices the terrifying reality of what is happening. He knows that he should not be walking on water, according to his natural capacities. He begins to sink. Jesus reaches out his hand and saves him.

While striving to follow the Lord and grow in holiness, at times you may grow timid in faith.
The reality of sin and your weakness may discourage you, making you think that you are not made to live a life of holiness or not made for what God has called you to be. Where are your eyes? Are they fixed upon the Lord or yourself? Take courage; fix your eyes upon the Lord. Whatever may happen, know that he is in control and he intends your salvation.

The goal of the virtuous life is to make us like Christ. Jesus demonstrated the greatest example of fortitude upon the cross. He endured facing the loss of his life on earth, physical torture, and suffering; he endured mental and emotional suffering; he endured the loss of his closest friends, jeering from authority, contempt, mockery, misunderstanding, and scorn. The evil he faced was immense, yet his heart was at peace. His will was firmly fixed upon the will of his Father, whose will is our salvation. He overcame his fear by performing the greatest act of love, enduring all out of love.

To conclude, one of the Holy Spirit’s seven gifts is fortitude, which, as St. Thomas Aquinas teaches, gives us confidence in overcoming all perils. Let us beg the Holy Spirit for fortitude. Pope St. John Paul II insisted, “When man lacks the strength to ‘transcend’ himself, in view of higher values, such as truth, justice, vocation, faithfulness in marriage, this ‘gift from above’ must make each of us a strong man and, at the right moment, say to us ‘deep down’: Courage!”