Holding onto the Hope of Advent in the Midst of Darkness

In the wake of the Oxford tragedy, Fr. Riccardo calls us to remember the hope we have in Jesus our redeemer during the Advent season. 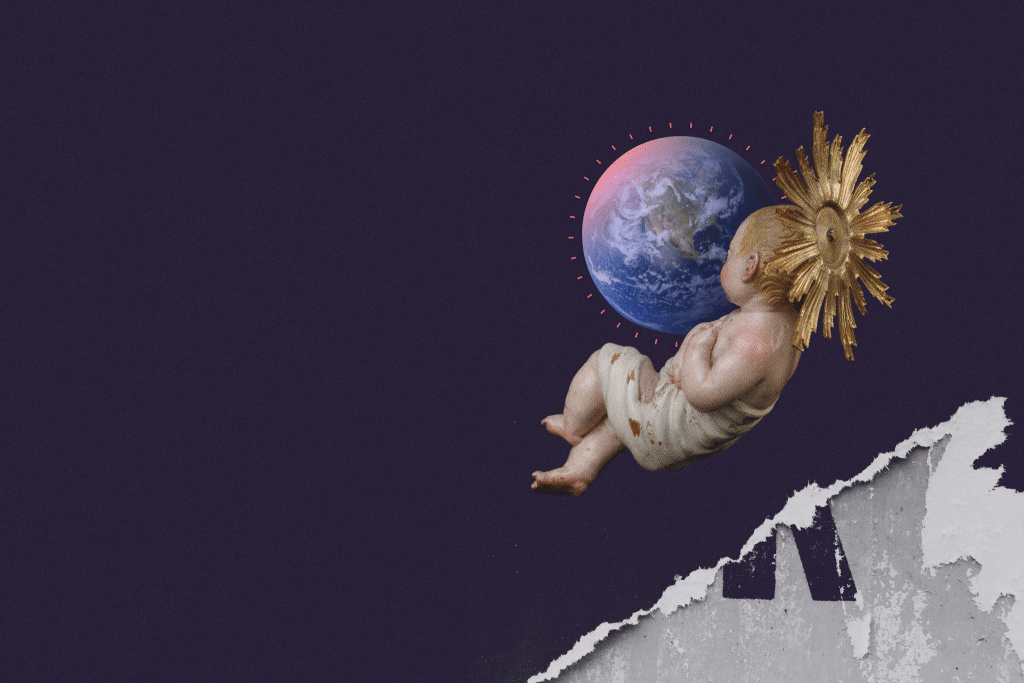 It has been a terribly traumatic Advent for us in Southeast Michigan and in the Archdiocese of Detroit. The horrific school shootings at Oxford High School took the lives of four students, injured seven others, left thousands of teens traumatized, an equal number of parents frightened, and an entire State in mourning. As of the time of this writing, the young man responsible for this, and his parents, are in jail facing a most uncertain future.

It’s common in unimaginable moments like these to hear people ask, “Why?” Why did he do it? Why didn’t the parents act to stop him? Why didn’t the school send him home that day? Why is there such evil in the world? Why? Why? Why?

As important as it is to get to the roots of what happened, at the end of the day, it’s not really answers that we need. Answers to tough questions can’t bring people who have died back. And we don’t need pious platitudes either. Words don’t really do much to comfort us, at least they don’t for me. A few years ago, I lost my father and brother within a matter of weeks, and I didn’t want answers or comforting words. What I wanted, what I needed, was for someone to do something about “it.” And the “it” is Death.

This is precisely what we are preparing to celebrate as we draw ever nearer to Christmas. The Collect for the first Saturday in Advent told us that the Father sent his “Only Begotten Son into this world to free the human race from its ancient enslavement.” Enslavement to what? This prayer gives us a glimpse into what we might call “the bad news.” And the bad news is worse than our worst nightmare. We are enslaved to the power of Death and the power of Sin. On our own, we as a race have no chance against these monstrous tyrannies. Scripture speaks of them as though they are dominions, kingdoms, governments, and they are beyond our ability to defeat. The good old “can do spirit” we so often pride ourselves on is utterly impotent against the reign and dominion of Death.

Unfortunately, we often use words in the Church that, while being familiar to many of us, are not well understood. Redeemer is one of those words. Paul tells us, for example, that in Jesus “we have redemption through his blood” (Ephesians 1:7). Many other verses tell us the same thing, and at Mass and in our prayers, we often refer to Jesus as our Redeemer.

What, though, is a redeemer? This all too familiar word finds its origin in the Hebrew word, go’el. A go’el referred to the nearest relative who had certain obligations to family members. Among these obligations was to buy back a member of the family from slavery, or to avenge a family member who had been murdered. In a most incredible passage in Isaiah, the Lord reveals to us that he is our go’el, our redeemer.

“Can the prey be taken from the mighty, or the captives of a tyrant be rescued?
Surely, thus says the Lord: ‘Even the captives of the mighty shall be taken,
and the prey of the tyrant be rescued, for I will contend with those who contend with you,
and I will save your children…Then all flesh shall know that I am the Lord your Savior,
and your Redeemer, the Mighty One of Jacob (Isaiah 49:24-6).

The “mighty” and the “tyrant” here ultimately refer to Satan, the one who deceived our first parents at the dawn of our history, resulting in our race selling itself unwittingly into slavery to powers we can never defeat on our own. This is what we might call “the bad news.” However, the Lord tells us in this extraordinary passage that he is not distant, nor absent, nor uncaring or uninvolved in our plight. Instead, he considers us family, and will act on our behalf to rescue us. He won’t do this by sending an angel; he will do it himself: “I will contend with those who contend with you!” This, and nothing less than this, is the good news.

In the upcoming octave of Christmas, one of the opening antiphons for Mass comes from a passage in the Book of Wisdom. The passage is reflecting back on the event of the exodus, the liberation of the Jewish people from slavery in Egypt, which was a foreshadowing of the ultimate exodus and our entire race’s liberation from Sin, Death, and Satan. The antiphon says, “When a profound silence covered all things, and night was in the middle of its course, your all-powerful Word, Lord, bounded from heaven’s royal throne, into the midst of the land that was doomed, a stern warrior” (18:14-15).

Why is it that the Church teaches there is salvation in no one’s name other than Jesus? Because no one else can rescue our race from these enemies that enslave us. But God can. And He has! The eternal Son of God, the One through whom and for whom all things were made, has become a man to redeem us, to deliver us from our “ancient enslavement,” to go to battle against our ancient foe the devil, and to reconcile us to the Father of all and to one another. This was the mission of the One we are about to place in our mangers. He is the one who is stronger than the devil, stronger than Death and stronger than Sin.

Jesus has defeated the power of Death. Please read that again.

This is why, even in, no, especially in, times like these here in Michigan, despite all the tears, all the hurt, all the anger, all the loss, all the confusion, we can grieve with hope. Death, the last enemy, has been abolished. Yes, it will still happen to me, and to all those I love, and to each one of us. But it has no power over our race any more, not if we believe in and surrender to the One who is stronger than it, and who has defeated it by his life, death, and glorious resurrection.

Our region is still rocked by the horror of the Oxford school shootings. This is a time to grieve with, sit in silence with, pray with, be with those who are mourning and aching immensely. Without in any way minimizing any of those things, it is also a time to proclaim the gospel as attractively and compellingly as we can: Jesus has conquered the power of Death. We will see those we now miss. God will gather us all together again.

“And he [God] will destroy on this mountain the covering that is cast over all peoples, the veil that is spread over all nations. He will swallow up death forever, and the Lord God will wipe away tears from all faces, and the reproach of his people he will take away from all the earth, for the Lord has spoken. It will be said on that day, ‘Behold, this is our God; we have waited for him, that he might save us. This is the Lord; we have waited for him; let us be glad and rejoice in his salvation’” (Is 25:7-9).

This is a promise from God, the God who acts, who saves, who rescues, who gets his hands dirty – no, bloody. All for us. Such is his love and his power. This is what we are about to celebrate at Christmas. 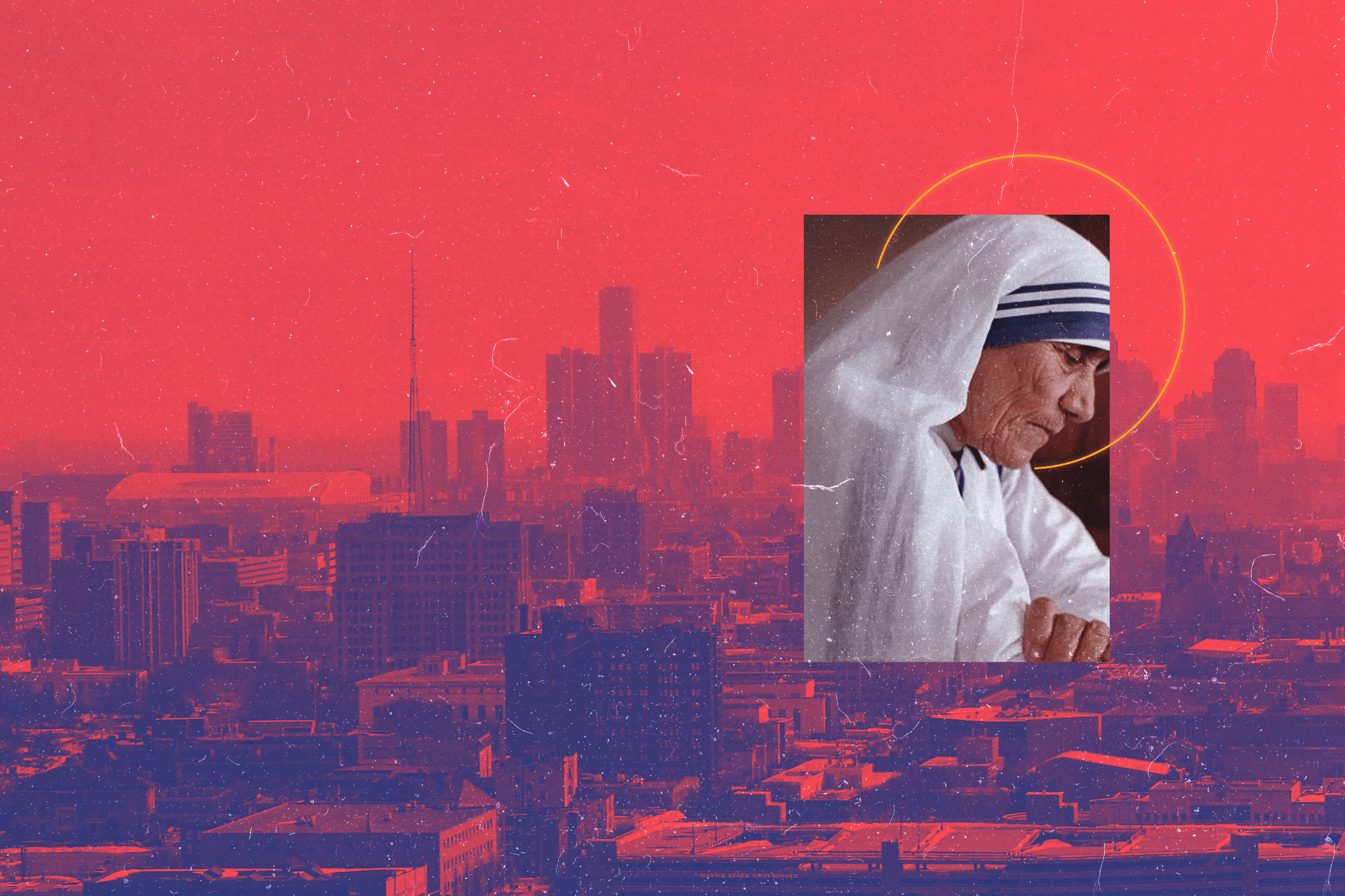