St. Louis de Montfort’s proposal of consecration to Mary fulfills the very purpose of evangelization: to receive the gift of adoption through the Holy Spirit 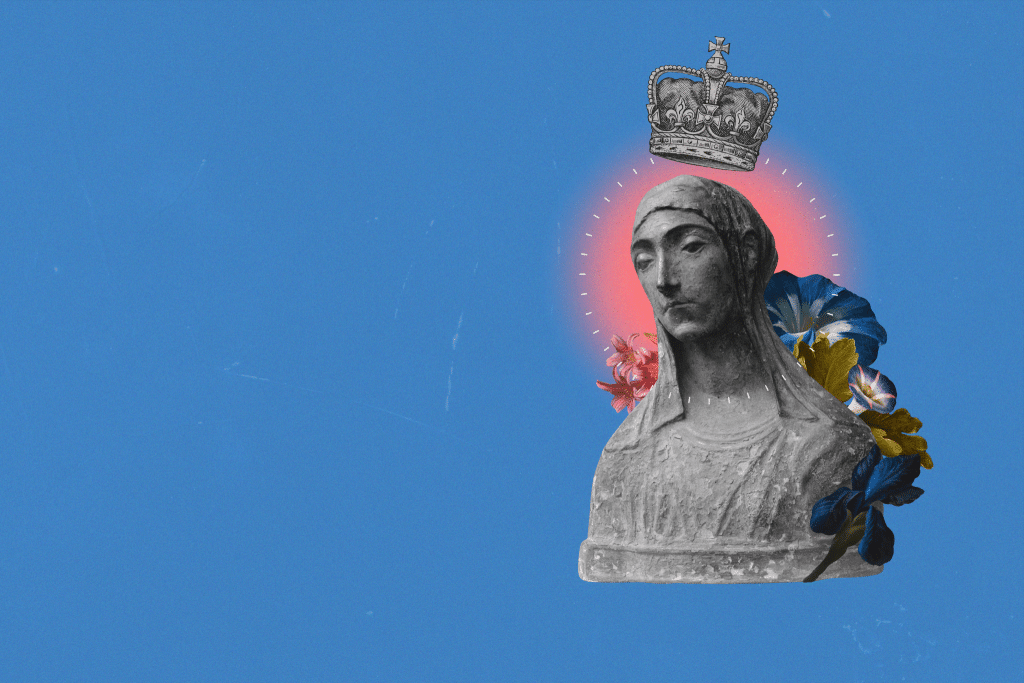 “During those days Mary set out and travelled to the hill country in haste to a town of Judah, where she entered the house of Zechariah and greeted Elizabeth.” (Lk 1:39-40) Immediately after giving her total yes to God through the Archangel Gabriel and becoming the most perfect disciple of Jesus Christ, Mary became the first Christian missionary by bringing Him to her cousin’s house and making more disciples in Zechariah, Elizabeth and John the Baptist. Likewise, at the Wedding Feast of Cana, she helped the wedding couple through her intervention, “They have no wine,” and she helped the servants through the timeless wisdom of her instruction: “Do whatever he tells you.” (Jn 2:3, 5) Mary’s missionary presence played a critical role in the upper room on the day of Pentecost after she demonstrated the ultimate faithfulness in her discipleship by remaining at the foot of the cross. (Acts 1:14, Jn 19:25-27)

The result of her missionary discipleship is apostolic fruitfulness. The role that she played in the incarnation, bringing Jesus into the world, is the same role that she continues playing in forming divine life in his members. This is one of the great insights of St. Louis de Montfort: “As Mary is everywhere the fruitful Virgin, she produces in the depths of the soul where she dwells a purity of heart and body, a singleness of intention and purpose, and a fruitfulness in good works.” (Secret of Mary, 56) While we sometimes view Mary as an appendix to the real work of evangelization and the works of mercy, the reality is that she is always integrally involved in evangelization, discipleship and sanctification, i.e. the formation of Christ in souls who are baptized into his Body: “God the Holy Spirit, who does not produce any divine person, became fruitful through Mary whom he espoused. It was with her, in her and of her that he produced his masterpiece, God-made-man, and that he produces every day until the end of the world the members of the body of this adorable Head.” (True Devotion to Mary, 20)

For this reason, St. Louis de Montfort recommends true devotion to Mary and even consecration to Mary for those who wish to grow rapidly in holiness: “Mary becomes all things for the soul that wishes to serve Jesus Christ. She enlightens his mind with her pure faith. She deepens his heart with her humility. She enlarges and inflames his heart with her charity, makes it pure with her purity, makes it noble and great through her motherly care.” (Secret of Mary, 57) St. Louis de Montfort set out a process of consecration to facilitate such a docile, close, intentional alliance of the faithful with the Blessed Virgin Mary. His process consists of three weeks of preparation focusing on knowledge of self, knowledge of Mary and knowledge of Jesus respectively, preceded by a 12-day reflection on the passing nature of this world.

To say it simply, St. Louis de Montfort’s proposal of consecration to Mary fulfills the very purpose of evangelization, namely to receive the gift of adoption through the Holy Spirit. He explains that the one who is consecrated to Mary finds a new conception in her womb and is formed there into Christ her Son:

Mary received from God a unique dominion over souls enabling her to nourish them and make them more and more godlike. St Augustine went so far as to say that even in this world all the elect are enclosed in the womb of Mary, and that their real birthday is when this good mother brings them forth to eternal life. Consequently, just as an infant draws all its nourishment from its mother, who gives according to its needs, so the elect draw their spiritual nourishment and all their strength from Mary. (Secret of Mary, 14)

Objectively speaking, this is the consequence of the sacrament of baptism. In baptism, we receive the spirit of adoption and we are made into sons and daughters of God: “you did not receive the spirit of slavery to fall back into fear, but you have received the spirit of sonship. When we cry, ’Abba! Father!’ it is the Spirit himself bearing witness with our spirit that we are children of God.” (Rom 8:15-16) Although this is the objective consequence of baptism, many of the baptized do not realize or live out this new reality. Marian consecration is our opportunity to personally embrace this new identity. We intentionally choose to live in the womb of Mary, together with Jesus, and to be formed by her motherly care directly beneath her Immaculate Heart. As St. Louis de Montfort taught, it is a sweet and easy way to embrace discipleship. He explains that one can form an image in two different ways: by sculpting the material with a hammer and chisel, or by melting down the material and pouring it into a mold. Hammering and sculpting are difficult and accident-prone, but Mary is the perfect mold where the original masterpiece, the God-man Jesus Christ was formed, and where we can be formed into him as well.

St. Louis de Montfort was primarily a missionary, a lover of the cross and a follower of that Eternal Wisdom that is most perfectly found in the “folly” of the cross. To read his works is to discover an uncompromising approach to discipleship that centers around a firm embrace of the cross. But he has become known for his tender and sweet approach to discipleship through Marian consecration which was instrumental in the discipleship of so many saints, including Pope St. John Paul II. We can conclude with this great pope’s hearty embrace of the rosary. This is the devotion he offers us as a concrete means for placing ourselves into Mary’s care:

The rosary mystically transports us to Mary’s side as she is busy watching over the human growth of Christ in the home of Nazareth. This enables her to train us and to mold us with the same care, until Christ is ‘fully formed’ in us (cf. Gal 4:19). … This is the luminous principle expressed by the Second Vatican Council which I have so powerfully experienced in my own life and have made the basis of my episcopal motto: Totus Tuus. The motto is of course inspired by the teaching of St. Louis Marie Grignion de Montfort …” (Rosarium Virginis Mariae, 15)