The story of encouraging a man to return to confession after 30 years, on the 104th anniversary of the Miracle of the Sun at Fatima. 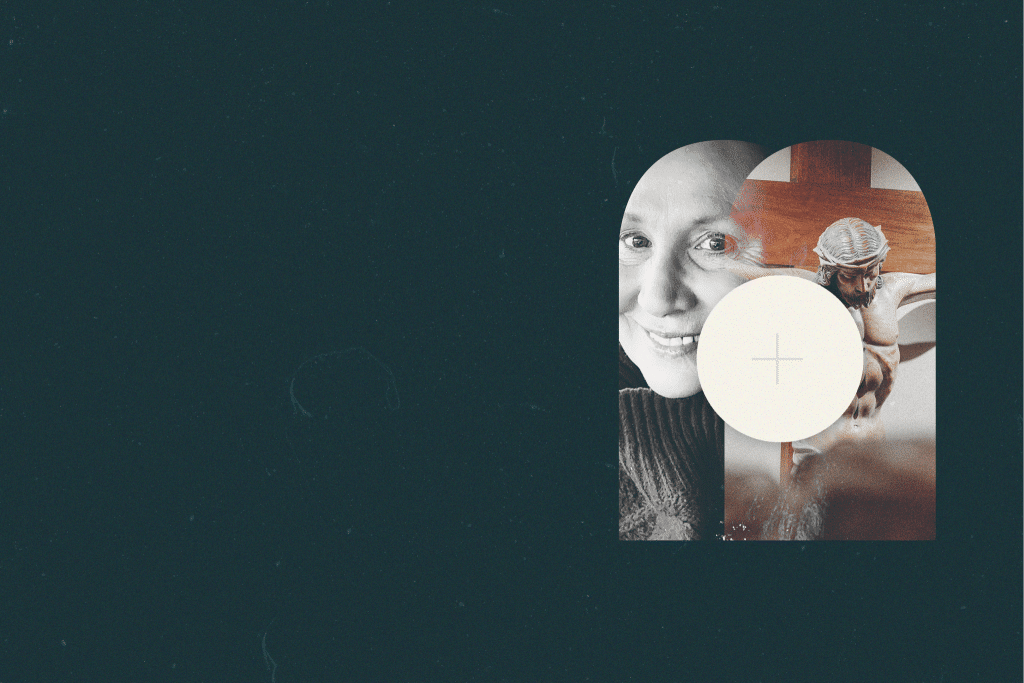 Archbishop Allen Vigneron’s pastoral letter, Unleash the Gospel, states there are no bystanders when it comes to evangelizing. I took his challenge to heart and recently it took on a powerful meaning for a stranger and me.

Our encounter happened on October 13 at Our Lady of Fatima Shrine in Riverview. My husband, Leonard, and I are volunteers who operate the shrine with the help of an all-volunteer crew. I was running around a bit stressed out like “Martha,” getting things organized and helping the large group of pilgrims find seats and settle in. That night’s Mass was unique, as Archbishop Vigneron had generously designated our little chapel with the title, “Our Lady of Fatima Shrine” exactly one year ago. In addition, the Archbishop decreed that on two special days at the shrine — October 13 (the miracle of the sun at Fatima) and February 20 (feast of the Fatima Saints, Jacinta and Francisco) — the faithful could receive a plenary indulgence.

Our beloved rector of the shrine, Father John Hedges, just wrapped up his confessions with the faithful and was getting ready for Mass. The rosary was being recited out loud by a group of prayer warriors in their pews. I spotted a man unknowingly standing in front of and blocking the door of the confessional, and I decided to approach him.

You never know how people will react to you, and understandably so. We all have hidden crosses and pains, and sometimes we don’t want to be bothered or approached. I try to keep this in mind when approaching someone.

I asked the stranger if I could help him find a seat. He said kindly, “Oh no, see those two women there? That’s my wife and mother-in-law. I’m just their driver.”

They were sitting in the pews with other pilgrims waiting for confession.

I told him that there was an open seat for him right next to his wife and mother-in-law in the confession line. “Oh no, I can’t sit there! I haven’t been to confession in 30 years.”

I looked at him, smiled, and he returned the smile. I said, “Oh, I am the wrong person to tell that to tonight! Sit down with them; you’ll be okay. God wants you right there with them in the confession line.” He looked nervous but sat down with them in line. I said, “Let’s just see how this goes as the line is long, and you have time to think about it.” He quietly said, “Okay,” and sat down in line.

I went about with planning for the night running here and there and would smile at him as he inched closer to his turn in the confessional. I’d smile and say, “It’s going to be fine! You are supposed to be here with us tonight, and you’ll be so much happier after a good confession.”

He asked me, “I can’t believe I’m doing this! What should I say?” I told him the priest was fantastic and that he would guide him. I remember reading in the “Diary of Saint Faustina,” that Jesus told her, “I am more generous toward sinners than toward the just. It was for their sake that I came down from heaven; it was for their sake that My Blood was spilled. Let them not fear to approach Me; they are most in need of My mercy.” (Diary, 1275)

After a few more minutes, the stranger got up with his wife, to help her elderly mother come out of the confessional. The four of us stood at the entrance of the confessional room. “Your turn,” I said to him as we all helped his ailing mother-in-law from the confessional room. “What? Wait! It looks like he can see me!” he exclaimed. I said, “No, he can’t, see there’s a screen, he’s hidden just kneel here. Going to confession is going to be the most awesome experience, I promise you!” Then I put my hand on his back, gently led him to the kneeler, and closed the door.

I went back to my work with the other pilgrims and I forgot about the stranger. A little while later, I saw him smiling by a wall, and I went up to him and hugged him.

“I am so happy for you! I knew you could do it!” He was silent but smiled broadly. Then later in the night, he was in line for holy Communion, he hugged me and I told him how happy I was for him. He smiled a significant smile.

This all happened on the 104th anniversary of the Miracle of the Sun at Fatima. Our Lady came on this day and stated “I am the Lady of the Rosary. I want you to continue saying the rosary every day.” Challenge accepted!