“Dropping the Nets” to seek the Word of God

From New Jersey to the Middle East to southeast Michigan, the Holy Spirit has always moved through Colleen Vermeulen's life. 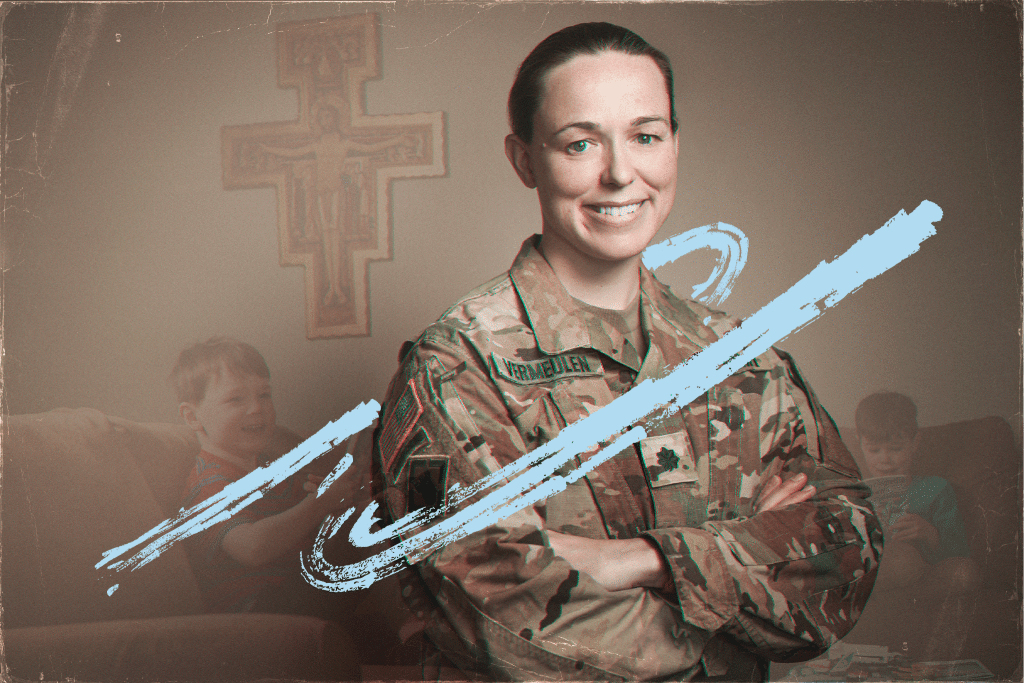 When a Baptist friend in high school first drew Colleen Vermeulen’s attention to the bible, she couldn’t yet see or imagine how the Holy Spirit was at work intricately weaving together the details of her life, how her future would ultimately become rooted in the living Word of God. But one day, long after high school graduation with a couple of decades in the rearview mirror, this woman would look back and realize it was the Scriptures that had been a prominent driving force in her discovery of Jesus.

A cradle-Catholic, Colleen grew up in New Jersey. One of three children, she describes her family as “typical” in their religious practices and traditions. They attended Mass together; she went to CCD. As she puts it, they did all the “normal Catholic things,” and yet she recalls, “I didn’t have very much of an active faith life growing up.” With her faith life on auto-pilot, she was missing that personal relationship with Christ. But her first encounter with the bible put her on the path to more intimately seeking him. “That was the start of me as a Catholic teen having that first intentional disciple moment, you know, that drop the nets and actually seeking and wondering about God.”

In college, Colleen participated in the Army ROTC, a leadership program offered in select colleges and universities that equips young adults with military skills and career training. After graduating, she served in active duty as an officer in the Army for six years. During this time as a young adult, she was searching for validation in her belief in the Church. “Scripture was invaluable because I was still in a seeking phase. The Holy Spirit hadn’t really yet shown me in that concrete, undoubtable way the truth of the Church. You know we say in the creed, ‘I believe in the Church.’ It’s something we put our faith in. And I was seeking. I knew that Jesus was real, I knew that God was real, but I wasn’t sure about church yet.” It was during an Easter season Mass at St. Patrick’s in Ft. Bragg, North Carolina where she was stationed, that she received that grace, and she experienced her full conversion to believing in the Church. Colleen was 24-years-old, and she remembers the moment vividly, “My parish priest did some wonderful preaching on Acts of the Apostles, which is read in the Easter season, and that was the confirmation that God wanted to give me. That listening to Acts of the Apostles, I could see and feel beyond a shadow of a doubt that Jesus calls his followers to be one, to be in fellowship and together in the breaking of the bread.”

Serving in the military gave Colleen the unexpected opportunity to diversify her spiritual life. She deployed twice overseas: once in Afghanistan, and a15-month deployment in Iraq. It was in thinking about what she was going to do spiritually while deployed that Colleen purchased her first copy of the Liturgy of the Hours. “By having a lot of the distractions of normal life back in the United States cut out,” she was able to grow in her spiritual life on foreign soil.

Being in a remote operating base on deployment, Colleen wasn’t often presented with the opportunity to attend Mass. But on her way back from Afghanistan in 2006, she was able to participate in a noon mass in the chapel tent at Manas Air Base in Kyrgyzstan, where it was just she and the priest in attendance. When it came time for the readings, the priest graciously went and sat in the chairs so Colleen “wasn’t proclaiming to an empty tent.” That moment struck her. Because while the “Mass is the privileged place where the Church invites us to listen to the scriptures together,” there is a uniqueness in our relationship with Scriptures that allows the Lord to directly communicate to any one of us during a given time, whether at Mass with many or alone in prayerful reflection. Colleen recalls, “The true dialogue that God has with us in the Scriptures, especially at Mass, was so visually present to me by this unusual arrangement. While there are lots of people (usually) at a Mass, it’s still our Lord truly speaking to each one of us, as if we were the only person there.”

While in active duty, Colleen met her future husband, and after realizing they both wanted to settle down and raise a family, ultimately, they decided to leave active duty. It was around this time when Colleen began to question if God was calling her “to serve the Church in an intentional way” since she had been extraordinarily active in her local parish while stationed in North Carolina. In 2010, both she and her future husband left active military service, and Colleen enrolled in the Masters of Divinity Program at the University of Notre Dame.

In 2013, after moving to southeast Michigan, Colleen once again took to prayer where God was calling her next. Now married and with a 6-month-old baby, Colleen was praying about what it means to be a parent and what it looks like to serve in ministry. She spent some time volunteering with a catechesis program, Catechesis of the Good Shepherd, at her local parish, and a simple Google search led her to where she still serves today. “That’s how I first found out about the Catholic Biblical School of Michigan,” Colleen recalls.

A lay apostolate out of the Archdiocese of Detroit, the Catholic Biblical School of Michigan, focuses on adult faith formation, specifically through Scripture in reading the entire “plan of salvation” from start to finish. Colleen spent her first few years there teaching. When the founding director, Deacon Jack Gardner, retired, she felt called to pursue this ministry role. “I thought maybe this is a part-time way that I can serve and bring that leadership side of the Army together with wanting to share the faith and help people encounter God and grow in the Scriptures.”

The bible can be intimidating, and often, people are unsure about where to start. Colleen’s work with the Catholic Biblical School of Michigan helps people grow as missionary disciples understanding that they can meet Jesus in the Scriptures at any given point in their life. “It’s the living Word of God, so not only were those human authors a long time ago inspired in their writing but as baptized people filled with the Holy Spirit, that Holy Spirit is given to us to help with the Church interpret the scriptures, and so I can read a part of the bible at different parts of my life, and God wants to speak to me in different ways.”

Now a mom with three busy little boys, Colleen has taken her love and knowledge of scripture and has begun to incorporate it into their daily prayer life. Initially inspired by the Archdiocese of Detroit’s and the Diocese of Lansing’s Scripture Challenges, they started reading Mark’s gospel together as a family. Her kids were enthusiastic about following along with the narrative, and so they’ve continued the practice with the kids choosing to read Luke’s gospel next!

“Children have incredible insight into the scriptures because their minds are not as constrained by time and space and history and logic; they’re able to connect things in the bible without that human limitation.” But as she jokes and as any mom is aware, “all families and all children are different, there is no silver bullet for family prayer, ’cause what works right now might be different seven months from now.”

At the helm of Colleen’s adult years, the Holy Spirit has continued to work, presenting opportunities and invitations to grow closer to God. Colleen has remained in the Army Reserve and currently holds the title of Battalion Commander of the Infantry Drill Sergeant Unit here in Michigan. From Jersey to the Middle East to southeastern Michigan, Colleen’s initial “drop the nets” moment has led her all over the world and has landed her comfortably with her family of 5, proclaiming the living Word of God to those she encounters in her classrooms.

The views and photos in this article are the personal views and beliefs of the subject and not an endorsement of any religion or entity by the armed forces.

This article was posted in Living Witness. 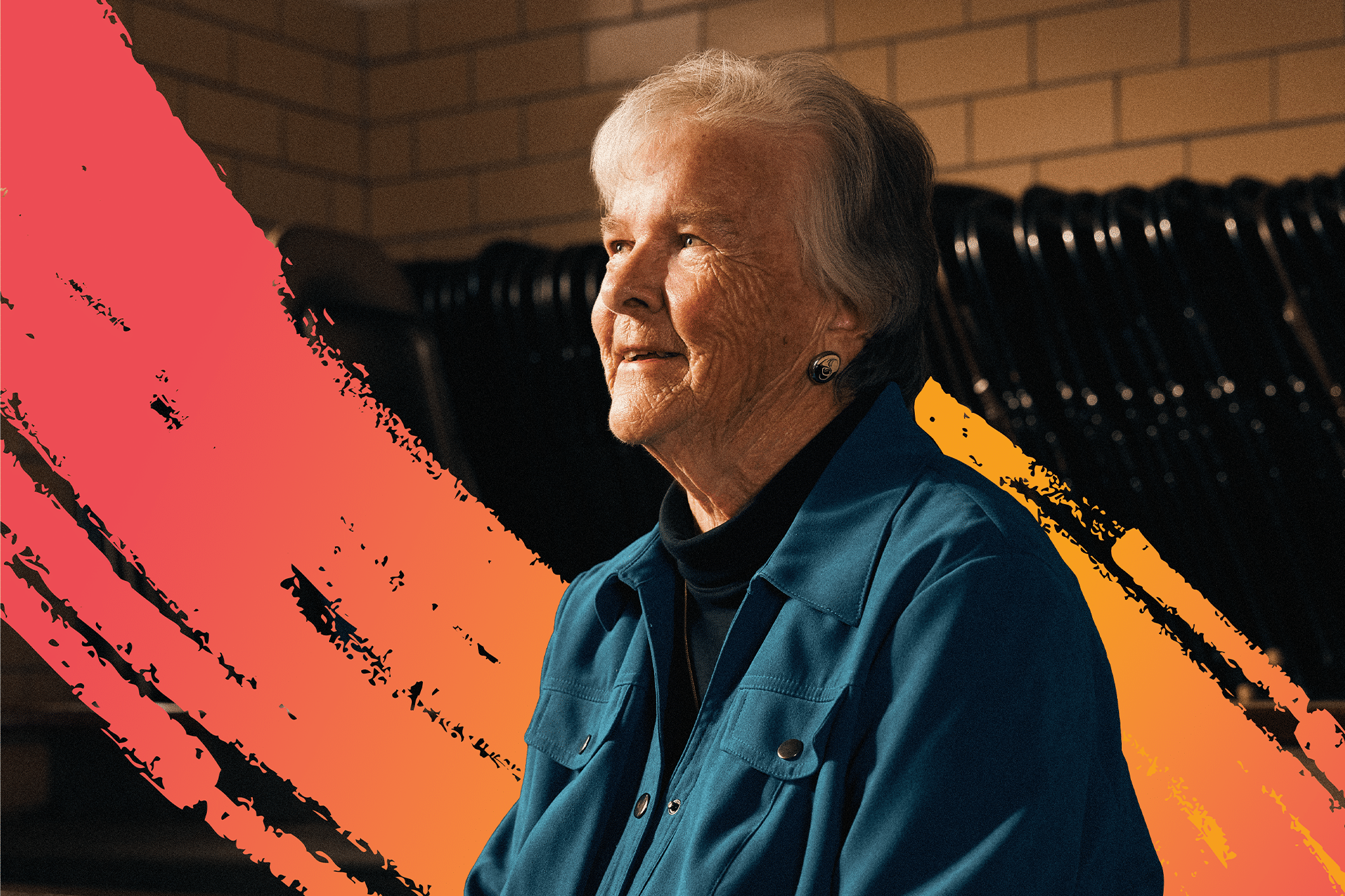 Witness to Christ through Mercy In Action Day 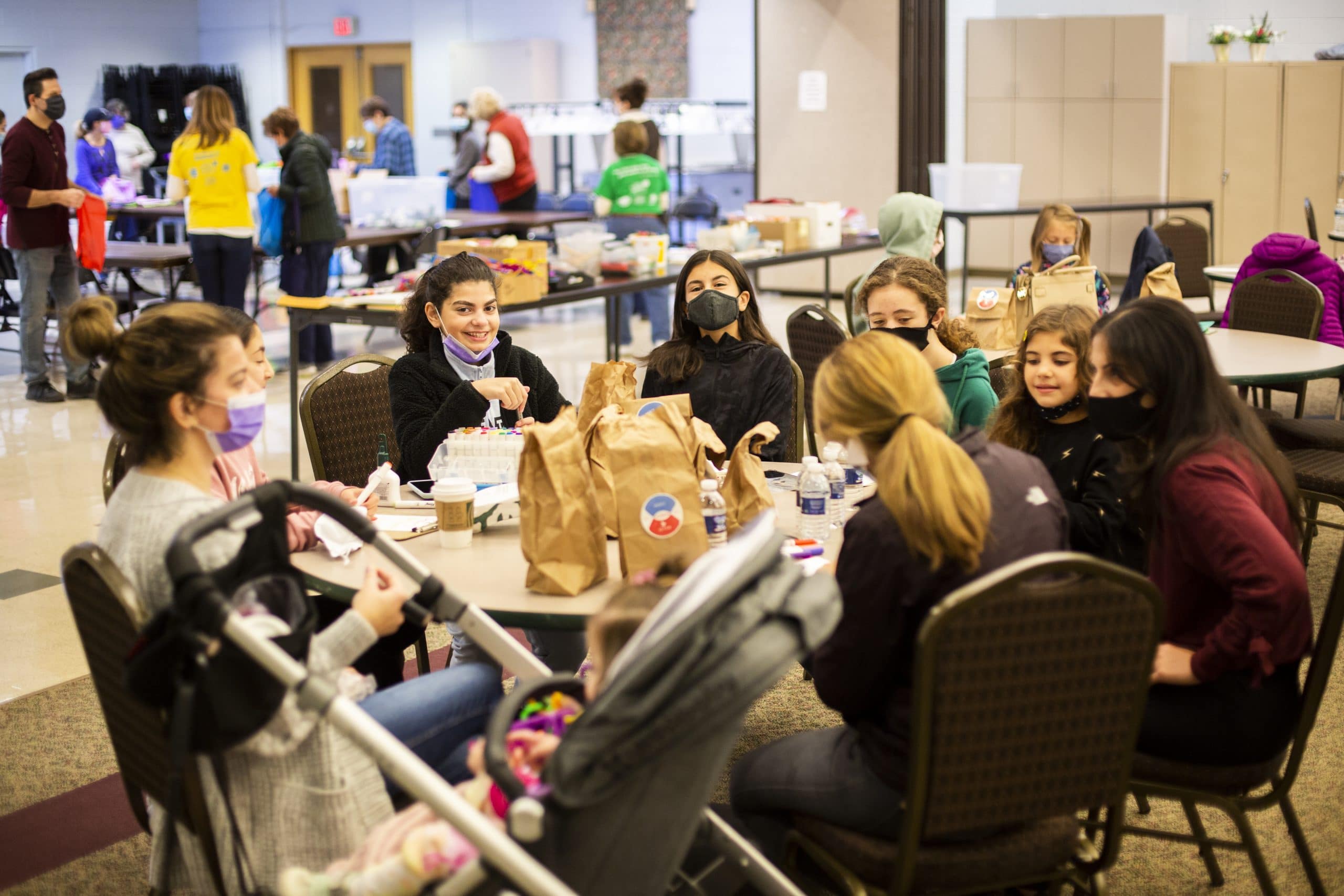