Brothers and Sisters in Holy Arms

Holy friendships are where iron sharpens iron, and it is through this fellowship with others that we make an indelible impact on this world. 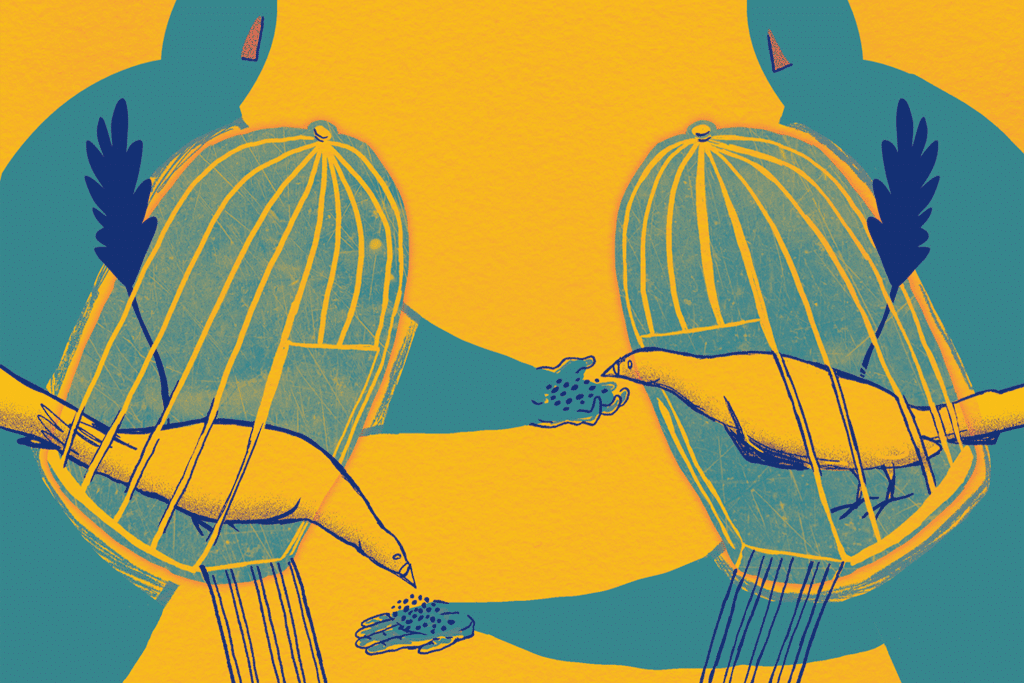 I started attending Catholic Mass in 1984 when I was in the United States Army Military Police Corps stationed in Ft. Benjamin Harrison in Indianapolis, Indiana. Growing up, my mom and dad were Lutheran, so my mom dragged me, kicking and screaming to the Outer Drive Faith Lutheran Church in northwest Detroit. We were Missouri Synod Lutherans so the service was, in my mind, very solemn, conservative and boring. When I reached the “mature” age of 13, I told my mother, “I am tired of going to this boring Lutheran church.” Immediately she retorted,

“Boy, you are going to go to someone’s church!”

Now mind you I was never afraid of my father who was mammoth of a man: 6 feet 3 inches tall, 360 pounds, (after his retirement) and ranked the 2nd most-feared tackler in NFL history (Dick “Night Train” Lane); I was terrifiedof my mother, so when she told me I was going to go to someone’s church, I said the two magic words: “Yes, Ma’am.” I started attending my friend’s Baptist church where nearly 2,000 people praised Jesus on their feet, jumping, shouting, singing and dancing. It was a profound experience for me. For the first time, I was celebrating him and trulyworshipping him. Previously, I had just gone to church because it was something you were “supposed to do,” yet this was different. It was a more personal experience.

Fast forward to 1984, in the army there was only one Protestant service and one Catholic service. With my mom’s mandate in mind, I went to the Protestant service and did not really care for it, so I went to the Catholic service and thought to myself, “this is similar to what I grew up with.” When I re-enlisted for my second tour of duty, I even changed my dog-tags from Lutheran to Catholic! So, I was Catholic…or so I thought, Uncle Sam stamped it on my dog-tags! But, I was still living a ‘worldly life,’ partying, drinking, etc, just ‘attending’ Mass on Sundays without taking it very seriously. And I was doing it alone.

In the army, there’s a very powerful fraternity in place. We are trained for combat. When I meet someone else who has served in the Army, Navy, Air Force or Marines I know I have a kindred spirit with them. I know that I can count on that person to be my battle buddy. I know I can go into combat and that person will be with me and fight with me. We are committed to never leaving a fallen soldier on the field of battle. The Catholic life demands a similar fraternity. We have been trained to be able to withstand the temptations and evils that befall us daily, but we can’t do it alone. When one of us falls in sin, we need our battle buddy to pick us up and help us heal. In the Catholic faith, we are already part of a brotherhood, a sisterhood, because we already are the body of Christ.

We have become a “self-society:” self-seeking, self-serving, self-idolizing. We take ‘selfies’ to show off ourselves to others. We idolize social media. We demand things more personalized and self-serving, even when it comes to our worship. We are in danger of becoming an increasingly self-centered and self-absorbed society, we are in danger of forgetting others.In my over 15 years of experience traveling the world and preaching, I’ve found that Catholics are hungry for the Word of God, hungry for truth, hungry for encounter, but in this time they are particularly hungry for communion: common-union. For holy friendships where iron sharpens iron, where people come together for a common-union to share in an encounter with a living and visible God, who wants to commune with us.

In 2007 I was invited to attend a non-denominational men’s conference in St. Louis, Missouri. There were over 15,000 men in attendance and at the end over 1,000 men answered the call to give their lives to Christ that day. I left inspired by the witness, yet upset that there was nothing like that for Catholic men in St. Louis (where I lived at the time). I went to Archbishop Raymond Cardinal Burke and spoke with him of my disappointment that St. Louis had nothing for Catholic men to respond to God’s call. I left his office with a check for $5,000.00 and empowered to “get it started.” One year later, the Catholic Men for Christ Men’s Conference was born, and a year after that, the Catholic Women for Christ Women’s Conference. Since 2008, powerful feedback from conference attendees has been shared with me through the years: “This conference saved my life. I was suffering from depression and contemplating suicide and now I feel I can make it through,” “This conference has saved my marriage. I now have the tools in my toolbox to fix my broken issues to heal my marriage,” “I understand more now how important it is to spend quality time with my children,” “Now I can begin to heal myself from the addiction to pornography,” and, “Now I feel as if I have brothers who I can call upon for help and advice when I need spiritual guidance.”

During my conversion in the early 2000s I was surrounded by great Catholic brothers and sisters who helped me in my journey. In addition to an excellent sponsor and incredible director of religious education, I was gifted with a strong Catholic Men’s group that was formed at my former parish, a group of about 8-10 Catholic men would meet in the sacristy every Wednesday evening. We would gather with prayer and scripture and then talk about what was going on in our lives, our personal and deep struggles and fears. We talked about marital issues, children, family issues and even drinking and other addictions. We were a bunch of regular guys not afraid of facing the deep issues together. During those times I struggled so much with worldly addictions and my focus was oftentimes not on God. I realized I needed that time each week with strong Catholic men who were older than me, who had gone through what I was going through and could help guide and form me into a better man, better father and a better human being. It was a true brotherhood of men I could count on to lift me up when I was down. Who would, as the Tamela Mann song says, ‘take me to the King.’

In a secular world that is becoming more polarized on a daily if not hourly news cycle, we have become a society infatuated and captivated by devouring the flesh of our brothers and sisters, destroying them and allowing them to die on the field of battle we call life. We have failed to stand up for the lives of our brothers and sisters who suffer injustices and socio-economic disparities and instead we politicize it. If we continue this path it will certainly be our demise.

It is through encountering Christ in fellowship with others that we make an indelible impact on this world. We are one body, one body in Christ who is the head. It is through his missionary mandate, “Go and make disciples,” that we are charged with not only encountering Christ in the Mass, in the poor, but in the guy sitting in the pew next to you who just may need a friend.