The lessons of Our Lady's visitation at Tepeyac are meant for every nation and time — especially that faith in Christ can bring reconciliation between ethnic groups in conflict. 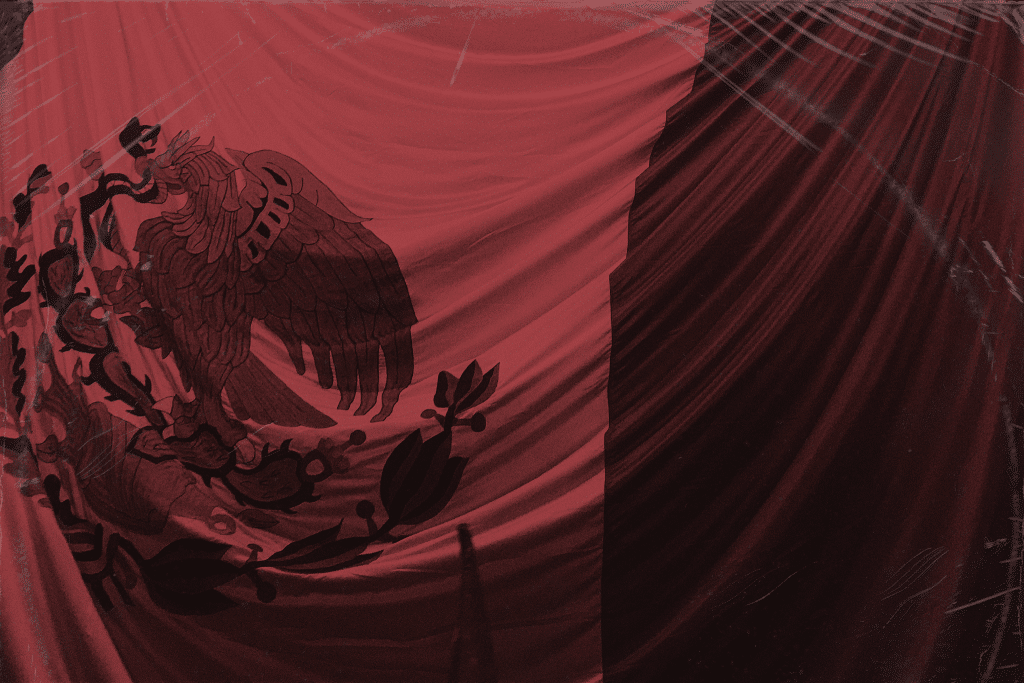 The basilica hosts 20 million pilgrims per year, the most visited Catholic shrine in the world. Pilgrims come, some crawling on their knees, to venerate the tilma, or cloak, of St. Juan Diego. Upon this sacred relic in 1531 the Blessed Mother imprinted her image: an olive-skinned maiden of Indian and Spanish blood who foreshadows the unique ethnic blend of the future Mexican nation.

Before Our Lady appeared to Juan Diego, missionaries had little success evangelizing Mexican Amerindians, who deeply resented the religion of their Spanish conquerors. After she appeared, the miraculous portrait she left behind inspired nine million Amerindians to embrace baptism and the Catholic Church.

“Her image brings us together as Hispanics and Catholics,” says Gabriela Sakmar, who leads the Federation of Our Lady of Guadalupe Societies for the Archdiocese of Detroit. “We call her ‘La Morenita,’ the dark-skinned lady, as a way of affection. We have a heavenly mother with whom we can identify.”

Our Lady of Guadalupe is considered the mother of the Mexican people, but she also called herself the “Mother of all peoples.” The lessons of her visitation are meant for every nation and time — especially that faith in Christ can bring reconciliation between ethnic groups in conflict.

Radiant as the sun

The beautiful lady listened patiently to her “littlest son,” her “Juan Dieguito,” as he explained why he could not carry out her latest request.

“I am only a man of the fields, a poor creature. You have sent me to a place I do not belong,” expressed a despairing Juan Diego.

Earlier that morning, Juan Diego Cuauhtlatoatzin, a Chichimecan Amerindian, had almost finished the 9-mile walk from his home to the Franciscan monastery near Mexico City. It was the Spanish feast day of the Immaculate Conception, December 9, 1531. The 57-year-old convert to Catholicism looked forward to attending Mass on this special day.

As he circled the western slope of a hill called Tepeyac, Juan Diego heard music like the singing of a thousand birds. A voice called his name, drawing him to the summit. There stood a young lady.

“He was astonished at her splendor. Her dress was radiant as the sun,” describes the Nican Mopohua, the earliest account of the event.

The beautiful lady had a simple request: Ask the bishop of Mexico City to build a chapel on this very hill to give praise to her son Jesus and where she will hear the cries of the suffering. “Go give your best effort to this task,” she said.

In his episcopal palace, the aristocratic Bishop Zumárraga listened to Juan Diego with disbelief.

“Let nothing disturb you”

And now, this poor man of the fields found himself before the brilliant lady a second time with the sorry news. “I earnestly beg you, my lady, to send one of the noblemen, respected and esteemed, so your mission will be accomplished.”

Again, the lady listened patiently—but answered with a motherly dose of tough love. “Listen, my littlest one! Understand I have many servants I could send. I strictly command you from my heart to go again tomorrow and see the bishop. And tell him again that I, the ever-virgin, holy Mary, Mother of God, am sending you.”

The bishop listened more attentively this time. But still . . . could Juan Diego ask the lady for proof that she is the Immaculate Virgin?

Juan Diego returned a third time to Tepeyac with the bishop’s response.

“Very well, my dearest child, come back here tomorrow so that you can take to the bishop the sign of truth he has asked for.”

The next day, though, Juan Diego followed his heart and tended to his dying uncle Juan Bernardino. The day after, December 12, the long walk to find a priest took Juan Diego past Tepeyac again.

“First I have to call the priest,” he thought as he chose the eastern path to postpone encountering Our Lady. “My poor uncle is anxiously awaiting him.”

But the Mother of God has good eyes. She came down from the summit and met Juan Diego for a final visitation. After hearing his explanation, the Immaculate Virgin spoke words that have comforted millions through the centuries: “Am I, your Mother, not here? Are you not in the folds of my mantle? Let nothing else disturb you.”

She instantly healed Juan Bernardino. She revealed to him her name: Our Lady of Guadalupe.

Next, she caused out-of-season flowers to bloom on the rocky summit, which the Blessed Mother delicately arranged in Juan Diego’s body-length tilma. Lastly, most miraculously, she impressed her image onto the tilma, “The only true portrait of the Mother of God in existence,” suggests author Francis Johnston.

Chapel for Our Lady

As the brilliant flowers tumbled to the floor of the bishop’s palace, and the imprint of the beautiful lady exploded from Juan Diego’s rough agave cloak, Bishop Zumárraga fell to his knees in awe — but also in remorse for having doubted this gentle man.

Zumárraga immediately built a small chapel on Tepeyac to display the precious tilma. He invited Juan Diego to live there, caring for the chapel and the thousands of pilgrims who came to venerate the image, Indians and Spaniards together.

St. Juan Diego died in 1548. His body is lost to history, but his spirit of hospitality continues at today’s National Basilica.

Whichever day you visit the basilica complex — informally called La Villa de Guadalupe — you will be among enthusiastic pilgrims from all over the world.

Still a beloved place for the Mexican people is the Old Basilica, home of the tilma for 266 years. Built on a former lakebed, the basilica began to sink and had to be closed. It is now open again as a perpetual adoration chapel.

The enormous New Basilica replaced the Old Basilica in 1975. The upper floor has 9 chapels; the crypt floor has 15,000 devotional niches. The tilma of Our Lady is viewed here from moving walkways that pass under the icon.

“The tilma is a wonder, beautiful and perfect,” Gabriela exclaims. “It hides many symbols that speak to different cultures and generations. It continues to evangelize and convert.”

Follow the footsteps of Juan Diego up Tepeyac hill through gorgeous gardens to the Templo del Cerrito. Built in 1666, it marks where Our Lady appeared three times to Juan Diego and where the heavenly flowers bloomed.

On Tepeyac’s eastern side, the Capilla del Pocito (1791) commemorates the Blessed Mother’s fourth appearance to Juan Diego. You can dip into an ancient well and take home water with presumed healing powers.

Surrounding the basilica’s immense plaza is the Capuchin parish, the Chapel of the Indians that includes the foundation of the first chapel, and the Basilica Museum. Consider a trip to the Chapel of the Fifth Apparition, in Tulpetlac. It sits over the ruins of Juan Bernardino’s home. Pope John Paul II designated it a Word Center of Healing.

Gabriela visited the national shrine many times as a child growing up in Mexico. But she credits one pilgrimage as an adult for a miraculous personal healing.

Gabriela and her husband, Joseph Sakmar, were unable to conceive, even after consulting many doctors. They happened to be at the national shrine the day Pope John Paul II died, April 2, 2005.

“I prayed very hard to Our Lady of Guadalupe for a child, also invoking the intercession of the Holy Father,” she recalls. Two years later, the couple welcomed son Nathaniel and soon after daughter Maria. In 2013, the entire Sakmar family came to the shrine in a pilgrimage of gratitude.

“She is a miracle worker,” states Carmen Ochoa, leader of the Guadalupano Group at St. Anastasia Parish in Troy. Carmen says she felt special comfort and love from Our Lady after her mother passed away.

An experience shared by many, Gabriela relates, “is finding in Our Lady the mother they lost.”

“Our Lady of Guadalupe is a living mother who never abandons us,” group member Claudia Ortiz agrees. “She is always advocating for us in front of the heavenly Father. She teaches us the way to be saved.”