Saints who lived through great suffering and turmoil 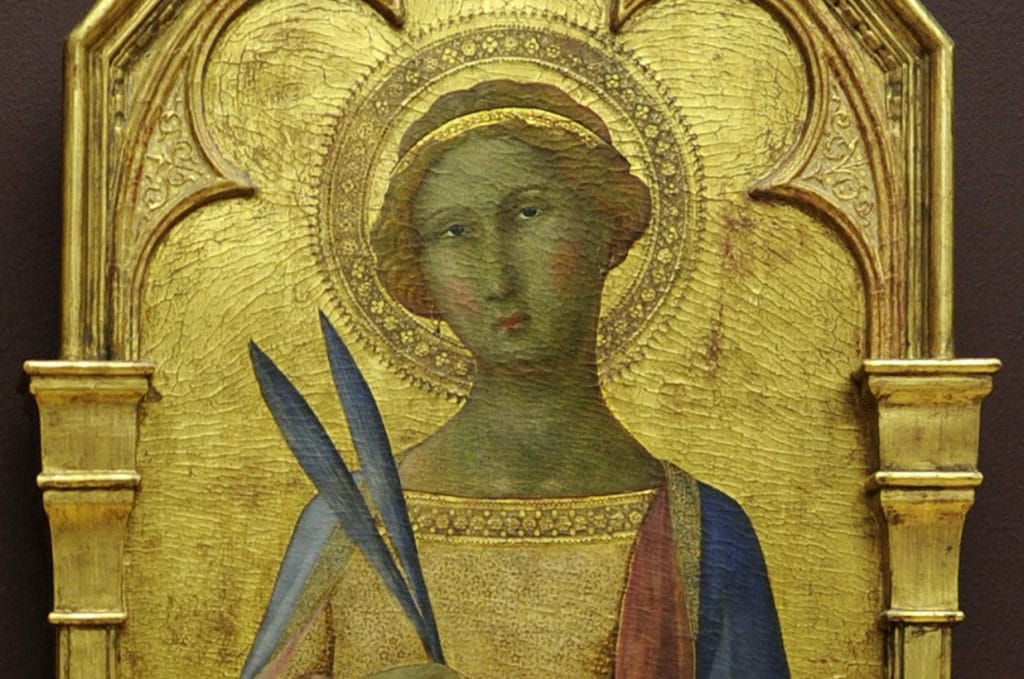 We turn to the saints as models of holiness, perseverance and virtue. Their love for God guided every action. In times of suffering and turmoil, they found strength in him. Now, in the midst of unprecedented pandemic, we can pray for the intercession of saints who experienced severe trials in their own lifetime such as these and continued to live as joyful missionary disciples.

Little is known historically about Corona, who likely lived in Roman Syria around 170 A.D. It is believed that she was a young girl when she heard the story of Victor — a Roman soldier who confessed his faith in Jesus Christ with apostolic boldness.

Corona learned that Victor was being martyred for his confession of faith, so she ran to his side to comfort him and was then martyred, too.

Traditionally, Sts. Victor and Corona were invoked as the patrons of treasure hunting. And now, St. Corona is being asked for prayers in response to the 2020 coronavirus outbreak.

Charles Borromeo’s life exemplified the call for no bystanders.

As a cardinal, the Archbishop of Milan, and a member of the wealthy Medici family, Charles could have easily slipped into the status quo. But he never took his eyes off what was important for the Church — especially in a time of sickness.

A plague broke out in Milan in 1576, as did a massive famine. As the economy collapsed, the wealthy and powerful fled to the city, but the Archbishop stayed to minister to the sick. Charles spent his own fortune, racking up debt in an effort to feed over 70,000 people a day. At a time when clericalism and fear ran rampant, he refused to stand by. He put his love into action.

St. Charles Borromeo, pray for us — for our own fearless love of God and one another in this frightening time.

What we know of St. Godaberta’s life exemplifies confidence in God. She is believed to have been part of a wealthy family who planned to give her away in marriage, but when her marriage was being discussed, St. Eligius advocated for Godaberta’s religious vocation.

Eligius, the Bishop of Noyon, France around the year 640, received her into religious life. He gave her a small palace and chapel for her prayer, and other women joined her path.

St. Godaberta, pray for us — that in this time of a destructive disease, we would know the triumph of Christ’s Cross over all that threatens us.

Henry Morse was born in England in 1595 to a Protestant family, but he converted to Catholicism and pursued the priesthood: a choice that put his life at risk, because Catholic priests in England could be prosecuted with treason. Yet, with eyes fixed on Jesus, Henry was determined to live out his faith.

After a period of imprisonment, Henry pursued a ministry in England. The plague broke out during this time, but that didn’t stop him; he continued to tend the sick and baptize converts.

He also contracted the disease and recovered. He continued to serve in England, fearlessly sharing the faith, but, after many captures and releases, was sentenced to death for his priesthood. Henry was martyred in 1645.

St. Henry Morse, pray for us — that we would not let disease or death draw our eyes away from Jesus, the Divine Physician.

A German-born immigrant to the U.S., Marianne Cope joined the Sisters of the Third Order Regular of St. Francis. She governed the first public hospital in Syracuse, NY, until she found a new way to live out evangelical charity.

In 1883, Mother Marianne received an invitation from the Hawaiian government to care for lepers outside Honolulu. She and six sisters took charge of the receiving station, opened a hospital and girls’ school in Maui, and increased the quality of life at the colony. Through strict hygiene practices and a good amount of grace, she and the sisters never contracted the disease.

“Mother Marianne of Molokai” exemplified love in action, serving the sick with deep compassion. At her beatification, one cardinal said, “She saw in [lepers] the suffering face of Jesus.”

St. Marianne Cope, pray for us — that in our suffering brothers and sisters, we would find the face of God.