A Work in Progress, for 55 Years 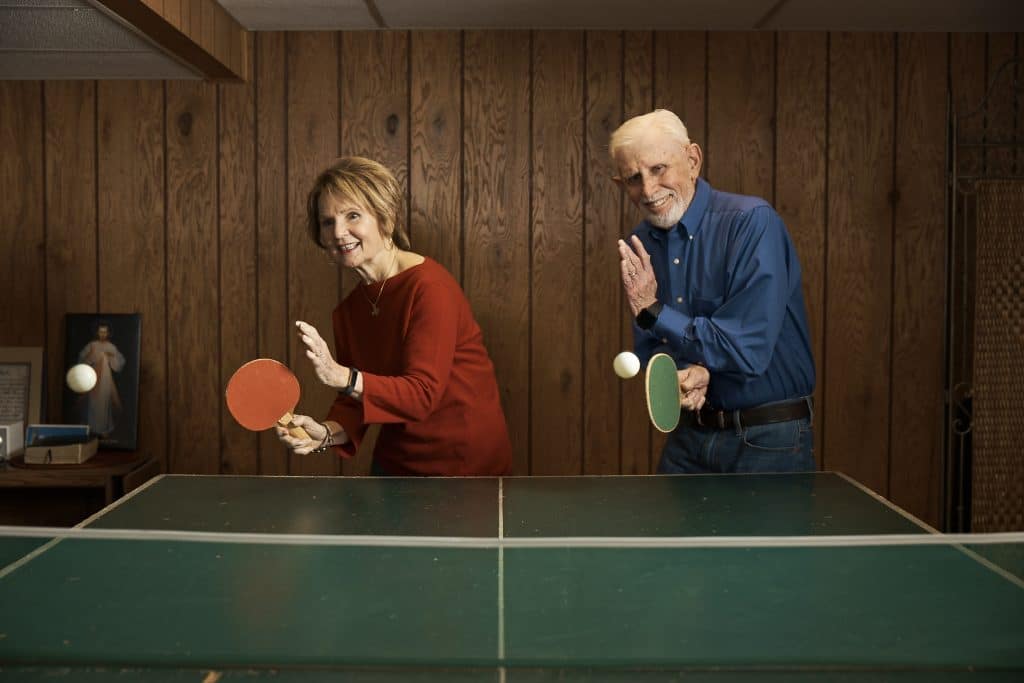 From the start of their relationship, the Holy Spirit has guided Rich and Fran Walden’s life together.

They haven’t always realized it, nor has their faith always been as strong as it is now. But today, at ages 80 and 78, respectively, their relationship with the Lord allows them to look back and see the ways God has guided their lives.

“We think how grateful we are to God because of how he worked in our life even when we didn’t know he was working,” Rich said. “I am filled with so much emotion when I think about how much the Lord has loved us and how he has directed our life, and we didn’t even know it. Every time we think about how God has blessed us throughout these years, it is overwhelming.” 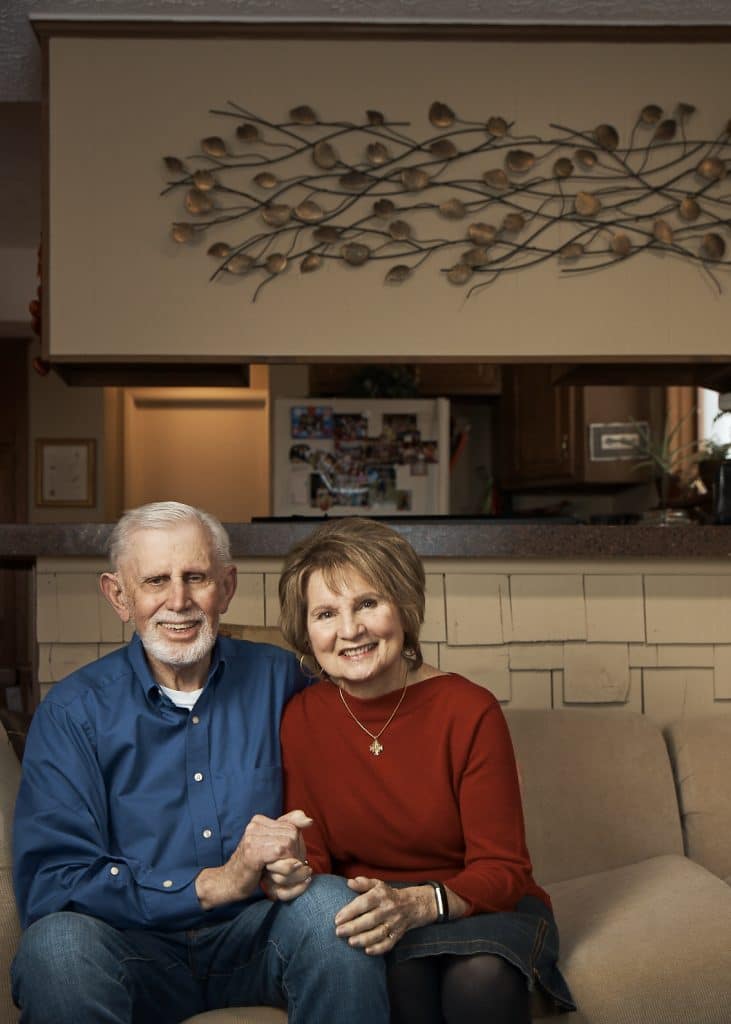 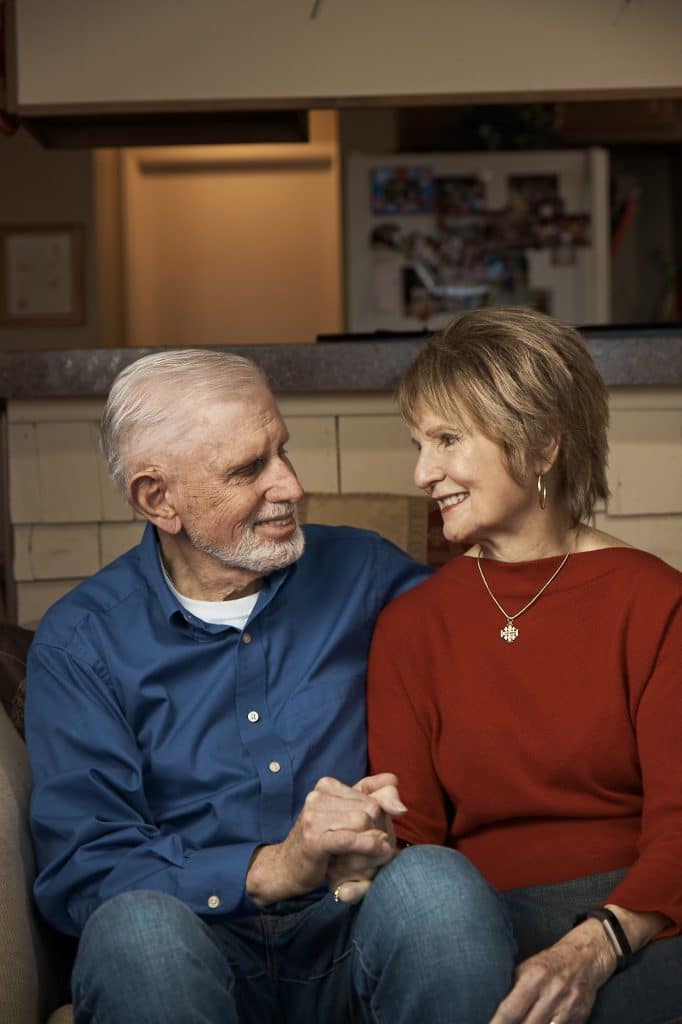 The Waldens met on a blind date to a Halloween party in 1962. Fran, who had recently decided to swear off men, reluctantly agreed to go out this one time.

Rich showed up to her door dressed as a caveman with a full beard, wild makeup and a crazy wig. He completed the look by cutting off the sleeves of his aunt’s fur coat and wearing them as legwarmers. Fran’s friends had helped her put together a costume that involved veiling her face with scarves. At the party, Fran and Rich never actually got a good look at each other’s faces.

Despite that mysterious beginning, the couple is still going strong 55 years later.

Nearly a year into their relationship, Fran told Rich that she had a muscle disease called Myasthenia gravis. Her father had told her that because of the disease she would be lucky to find someone who would marry her. Unsure if she could have children, Fran told Rich about her condition, and he responded calmly.

“I wasn’t really religious at the time, but I had this feeling inside of me that it would be OK, we could handle it,” Rich said.

When accounting for her healing, Fran looks to Rich.

“I do believe it was Rich’s unconditional love for me,” Fran said. “He didn’t make a big deal about it or anything. I do believe that is where the Holy Spirit was working through him.”

Through the dark times

Fran and Rich went on to have two more children, Jenny and Josh. But their family life was far from perfect. After a coworker invited Rich to the horse racing track, Rich found himself caught in a years-long addiction to gambling.

His addiction would strain the Waldens’ marriage and affect their three children. Things started to change for the better when Rich and Fran were invited to a Marriage Encounter retreat — after 10 long years of Rich’s gambling. The weekend was intense, but it opened Rich’s eyes to God’s plan for his marriage and instigated the slow, steady process of healing and forgiveness.

“I went and I confessed to them about my gambling, and they prayed with me, for me, over me … On the way home, the Holy Spirit convicted me,” Rich said. “Tears were streaming from my eyes and I realized how much I had offended God, Fran, our children.”

Rich stuck with the men’s group, and within a year he had quit gambling completely.

The Waldens continued to draw closer to the Lord — and closer together as a result. They became involved in Marriage Encounter and began attending meetings for Retrouvaille, a program for couples in crisis. Those experiences led Fran and Rich to heal wounds they previously hadn’t addressed, Fran said.

Despite their difficult road, Fran and Rich say they can look back and see how God used all of their experiences, from rifts with children to Rich’s gambling, to bring the Waldens down to their knees and closer to the Lord.

“It is never too late,” Fran said. “That is the beauty of any message we try to give. We write our own destiny — with the Lord, of course.” 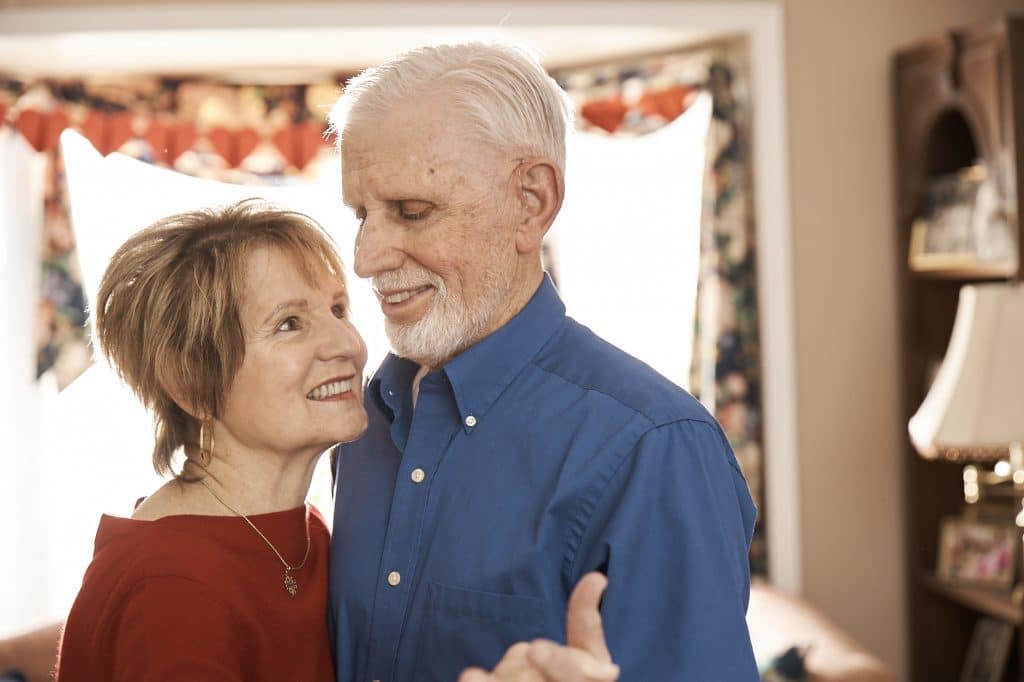 Putting their faith into action

Together, the Waldens read Scripture and pray the rosary. They try to attend daily Mass, and Rich makes a point to always pray with Fran before she leaves the house.

The couple recalled times when they paused what they were doing to kneel in their living room in prayer, or when Rich prayed with a perfect stranger.

“We have our differences — we are just different,” Fran said. “But when we come together to pray, we realize the big picture.”

The Waldens also make a point to witness their faith to their family, especially their eight grandchildren.

“We try to always pray with them, and we try to explain the prayers and how God loves them without pushing them,” Rich said. “We just try to tell them, ‘We hope you find out how much God loves you.’”

When Rich and Fran aren’t praying, they are joyfully spending their lives in service to others. They try to go to all of their grandchildren’s sporting events, and they attend multiple marriage groups and offer support to other couples.

For fun, they go dancing and schedule date nights once a week, and they make time to play ping pong every night.

Over the years, they have streamlined their lifestyle to align with their priorities

“We ask ourselves, ‘Do we really need that?’” Fran said. “We realize that it takes stress off us to own fewer things.”

The Waldens gave up Netflix when they felt the platform supported morals contrary to their Catholic faith. And they’ve cut out foods such as pasta and sweets in order to care for their health and have the energy to continue doing what God asks of them.

When asked about this recurring theme of sacrifice in their lives, Fran and Rich said they don’t think of it that way. Instead, they’re inspired by Scripture.

On a worn piece of paper Rich brought home from his men’s group years ago is written the verse: “I will set no worthless thing before my eyes” (Ps 101:3).

“I think when Rich gave up gambling, he realized he had to replace it with something good,” Fran said.

Rich says that if you don’t fill the void with something good, it leaves room for the devil to wedge his way in.

“There is that part in Scripture where they clean out the house of the spirits and they come back sevenfold,” Rich said. “If you don’t have something to fill that void in your life, and if you don’t do good things, the devil will come back in and give you more stuff to deal with. We have to fill our lives with things that come from the Lord.”

The Waldens continue to work toward being better spouses, parents and friends. They said the key to marriage is to never take each other for granted and to always do things to please the other. Each night, they ask each other if either has done anything to hurt the other that day, and then they apologize and forgive each other accordingly. And they recognize that when they have a disagreement, it’s the devil trying to cause conflict between them.

“As we look back, we feel very blessed and joyful, even though we have our bad days,” Rich said. “Nothing is perfect in our life. We have to work with each other.”

For the Waldens, their faith is what allows them to continue forgiving each other, time and again. And it is what kindles the romance and unconditional love in their lives after all these years.

Said Fran, “Loving someone unconditionally is — no matter what the differences are between you — to bring out the best in them by loving them.”

This article was posted in Living Witness.

Witness to Christ through Mercy In Action Day