What if the coronavirus crisis became the Church in Detroit’s finest hour? 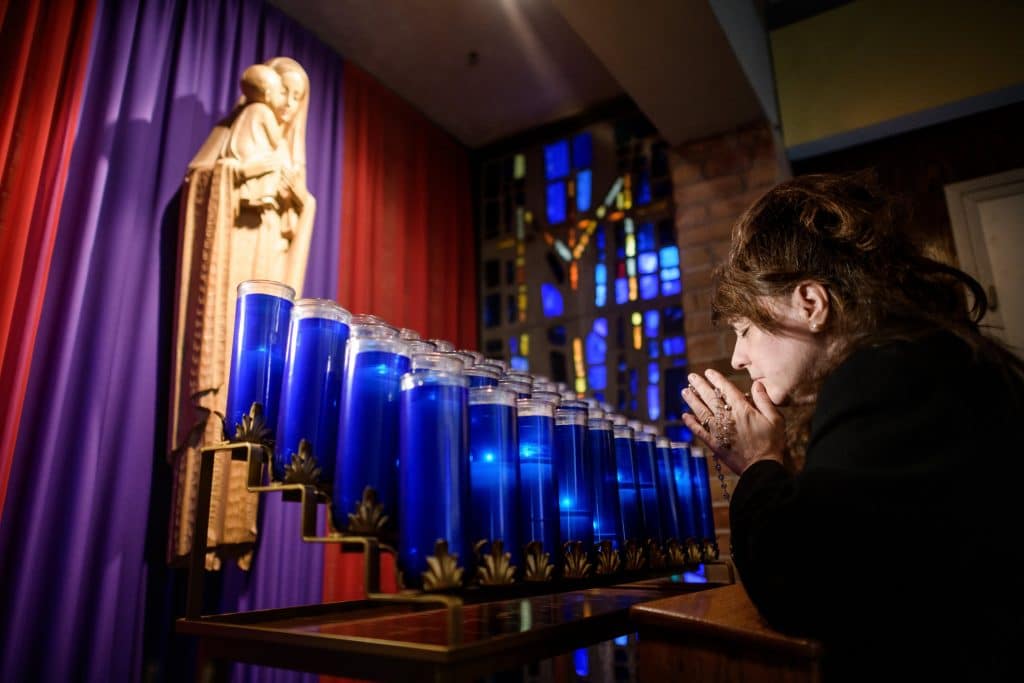 In Ron Howard’s 1995 film, “Apollo 13,” not only will Tom Hanks and his crew not land on the moon as planned, but NASA has serious doubts that they’ll get back to earth alive. Mechanical failure during lift-off threatens the three astronauts with a horrific end.

As tension builds, and the experts on the ground scramble to meet the mounting problems, NASA executives at Mission Control talk about the effects of the looming catastrophe for the entire space program. A spokesman speculates aloud to one executive that this “…would be a disaster for NASA.”

Ed Harris (an underrated actor, in my opinion) plays Gene Kranz, Mission Control’s director. Overhearing the spokesman’s comment, he says, “On the contrary, gentleman, I believe history will show this to be NASA’s finest hour.” Spoiler alert: Ed Harris was right.

That scene came to mind as I listened to reports about the growing crisis with COVID-19. It was one thing when the sick were far away in China. We feel badly for their suffering. Then the senior center in Washington state had growing cases, many fatal. With a growing sense of dread, we waited for the inevitable: Michigan’s first case. As I write this, the number is 53. We know that number will grow.

How do we maintain hope in the midst of the crisis? Italy, Spain and France effectively shut down. Across our state schools are prudently closed. Fearful shoppers empty store shelves. Gov. Gretchen Whitmer declares a state of emergency, and so Archbishop Allen H. Vigneron cancels weekend and weekday Masses for the first time in living memory.

Gene Kranz’s confidence in his team in Houston comes back to mind. Do I believe that this can be the Catholic Church’s finest hour? Is this a stumbling block in our effort to unleash the Gospel, or an opportunity?

I was in Meijer last week. The store was crowded at 5 p.m. People were intent on “stocking up” on essentials. A Meijer employee, understandably concerned, said as she walked by, “Pray for us, Father.” I saw her twice more, in different aisles, and introduced myself. Helen told me she is Maronite, raised at St. Maron on St. Jean in Detroit, now a parishioner at St. Sharbel in Sterling Heights. I asked her to pray with me, and so we did, worried shoppers navigating around us. We prayed for the sick, for those who care for them, for the other shoppers. We prayed for peace the world cannot give.

How can we find His peace, and how might we share it with friends, neighbors and strangers who want and need it?

Let’s start small, with our households. Rather than focus on not having the Sunday or weekday Eucharist, what weapons do we have? How will we spend that hour we would have spent at Mass? What if we were to watch Archbishop Vigneron’s Mass streamed from Blessed Sacrament Cathedral as a family, preparing beforehand by reading the Scriptures for the day? (Opportunities for Mass are available on the Archdiocese of Detroit’s website.) Families can pray the Prayer for a Spiritual Communion after the Our Father. What if we had a conversation about the archbishop’s homily at mealtime, just for a few minutes?

Someone mentioned that the publication, Magnificat, has made its online resource available free during this time. God bless them for their generosity. It has the readings for each day’s Mass, but so much more.

What if at bedtime we remember the sick, the isolated, the doctors, nurses and staff caring for all the sick, but especially those with COVID-19? What if we prayed for its victims in China, and those countries that don’t have the medical care we have?

What if, instead of waiting until Easter, we gave some of our Lenten alms now, looking for those organizations that will be especially taxed because of the pandemic?

Another “weapon” God has given us is His Word. Keep a list of passages that encourage and strengthen our hope. Some Psalms can be a great source of consolation: Psalms 23, 27, 121, e.g. I often recommend Isaiah 43:1-5 (“Fear not, for I have redeemed you; I have called you by name: you are mine.”). Many people turn to Romans 8:31, “If God is for us, who can be against us … What will separate us from the love of Christ?”

Think of it this way: If God can use the horrific death on the cross of His innocent Son to save you and me, then He can use this trial to bring His grace, His love to us. We just have to keep our eyes open to see it. American novelist Willa Cather wrote in one of her stories, “Where there is great love, there are always miracles. Miracles depend not so much on healing, or voices coming to us from afar, but on our perceptions being made finer, so we might see what there is about us always.” I may not have gotten that exactly right, but you get the idea.

With faith, we can be confident that generations from now will look back on this time and say, “That was the Catholic Church of Detroit’s finest hour.”

Msgr. Patrick Halfpenny is director of priestly mission for the Archdiocese of Detroit and the former pastor of St. Paul on the Lake Parish in Grosse Pointe Farms.

This article was originally published on Detroit Catholic.