5 end-of-Lent movie recommendations for all ages 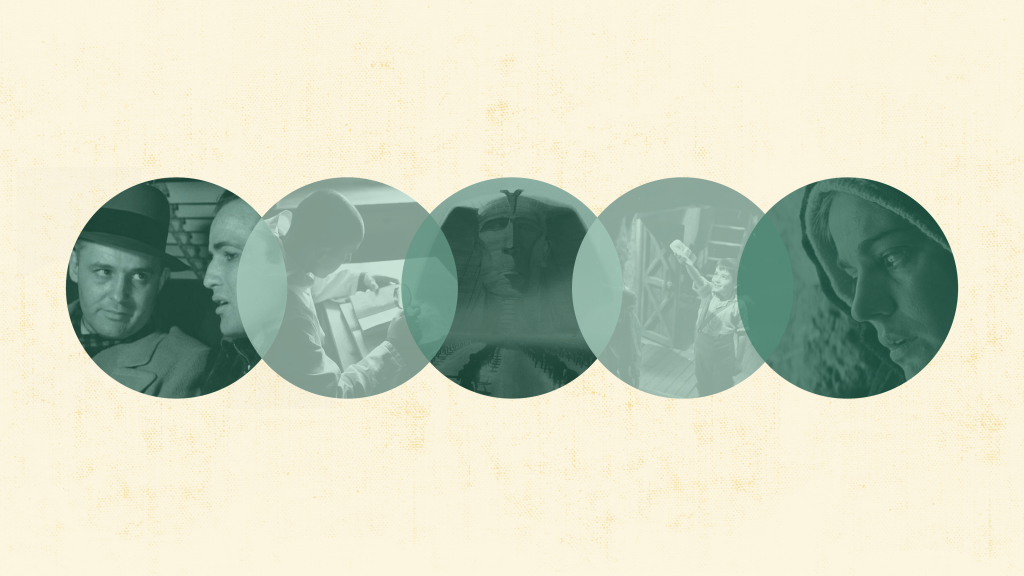 With home quarantining and social distancing gradually becoming the new normal, it can be very difficult to maintain a sense of hope and inner peace. These feelings may only be aggravated as we approach the most unusual Holy Week many of us have ever, and, please God, will ever, experience.

In these strange times we must, more than ever, lean on our faith to help us navigate our trials. Our faith, in turn, must be fortified and this can be helped along in a variety of ways. We might take on some spiritual reading, listen to sacred music, or spend more time in prayer. Watching films that highlight the redemptive nature of suffering and faith in God is also a particularly efficacious option.

Presented here are five films worth watching as we prepare to celebrate this most holy of weeks in the time of the coronavirus pandemic.

Elia Kazan’s 1954 crime drama might be most widely remembered for its “I coulda been a contender” scene between Marlon Brando and Rod Steiger, but the real heart of the film can be found in Karl Malden’s Father Barry. In the spirit of justice and righteous indignation, the tough-as-nails priest works to galvanize the mistreated dock workers of New York into taking on the crime and abuse perpetrated by the corrupt union bosses of the waterfront. His rousing speech following a tragedy on the docks showcases the plight of the workers through a clear Christological lens: “Some people think the crucifixion only took place on Calvary. Well they’d better wise up…every time the mob puts the crusher on a good man… it’s a crucifixion.” Expanding on the Lenten themes is Rod Steiger’s Charley, who, in one of the film’s many great scenes, faces a Pontius Pilate-esque quandary (interestingly Steiger would go on to play Pilate in Franco Zeffirelli’s mini-series Jesus of Nazareth).

Recommended ages: Teens and up

Into Great Silence by German filmmaker Philip Gröning is a near three-hour long pilgrimage into the world of the Carthusian monks of the Grande Chartreuse monastery in the French Alps. The film itself, in so far as it can, reflects the near-transcendent life of the Carthusians. There are no flourishes typical of documentary filmmaking to be found here: no sound effects, no use of artificial light, and the film features no spoken commentary. As they are the principles of Carthusian life, silence and contemplation are also the disciplines of the filmmaker and, by extension, we the audience. It is a beautiful sojourn to a world vastly different from the one we know. As we approach Holy Week in a time of social distancing and quarantines, the Carthusian practice of finding God in silence is one worth experiencing and then imitating.

As a rule, animation is not held back by the limitations of reality and is uniquely predisposed to showing audiences scale and imagery generally unattainable in “normal” films. Walt Disney’s Fantasia was among the first to explore this potential in a mainstream film, but very few animated films have captured scale and visual richness as well as The Prince of Egypt. From the opening number (a Hebrew lamentation for a deliverer backdropped by slaves building the great Egyptian sphinxes) the audience is set up for a film of a grand scale. It is an epic film in every interpretation of the genre. The Prince of Egypt has also been enjoying a recent resurgence within the public consciousness and deservedly so: it stands as both a genuinely great work of art and a refreshingly unique take on the familiar Exodus story.

One of the most successful Spanish films ever produced, this 1955 drama tells the moving story of Marcelino, a young orphan raised by monks in a war-torn nineteenth-century Spain. The boy, rowdy and mischievous, draws the ire of many of the monks and townsfolk and so he seeks solace in the monastery attic where he forms a relationship with the life-size crucifix kept there in storage. With a runtime of a brisk 80 minutes, Marcelino, pan y vino is all at once a very simple film and a profound reflection on the faith of a child and his innocent understanding of Christ crucified. Filmed in Spanish, it has English subtitles.

For many Christians around the world, Mel Gibson’s 2004 film has become the definitive dramatic portrayal of Christ’s passion and death. Structured by the passion accounts of the Gospels, the film is embellished with various pious traditions and details from the writings of Catholic visionaries and visually draws upon the works of Caravaggio, Géricault and Raphael. The result is one of the most theologically rich Catholic films ever produced and a stunningly beautiful and incredibly meditative artistic expression of faith.

Recommended ages: Teens and up