The Power of a Nuclear Family 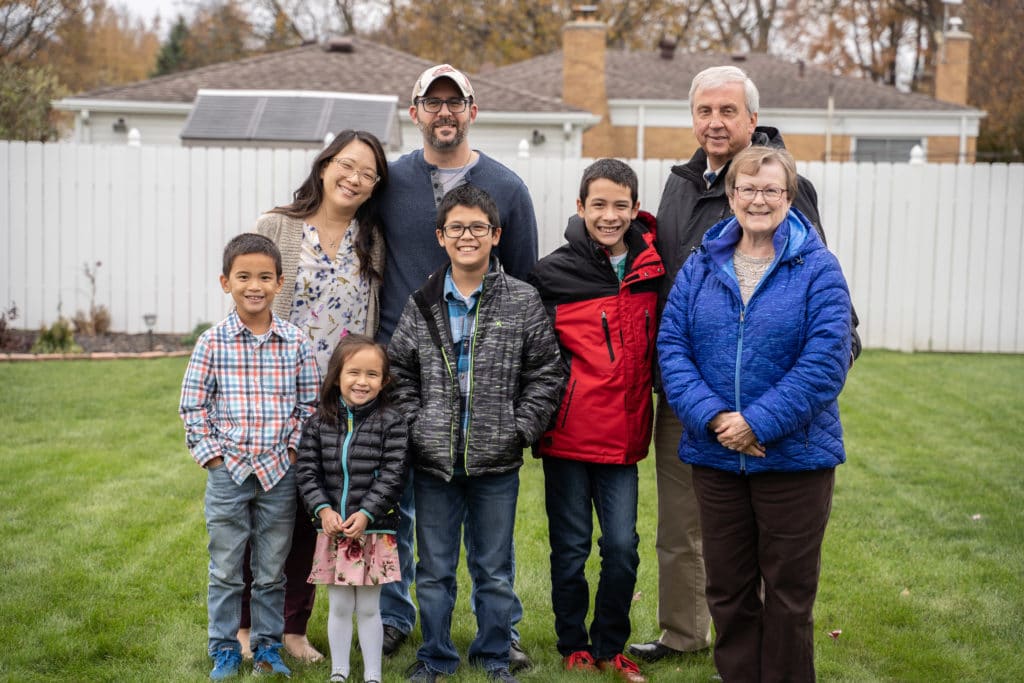 The creators at Disney probably didn’t foresee Toy Story 4’s newest character, Forky, sparking a 7 a.m. breakfast conversation about the existence of the soul — especially among four children under the age of 12 — but mom Nicole Joyce wasn’t surprised.

“We always get deep theological questions when everyone is eating and we have to go to school,” Nicole says, laughing. “But we try to have those conversations as the questions come up, and we tie it back to something they are connected with.”

The story of Forky, a plastic fork that becomes a “living” toy, is an important moment for Nicole’s kids to test their understanding of when God gives a newly formed person a soul, even if the analogy they use is a Disney-generated character — and the school bell is about to ring. 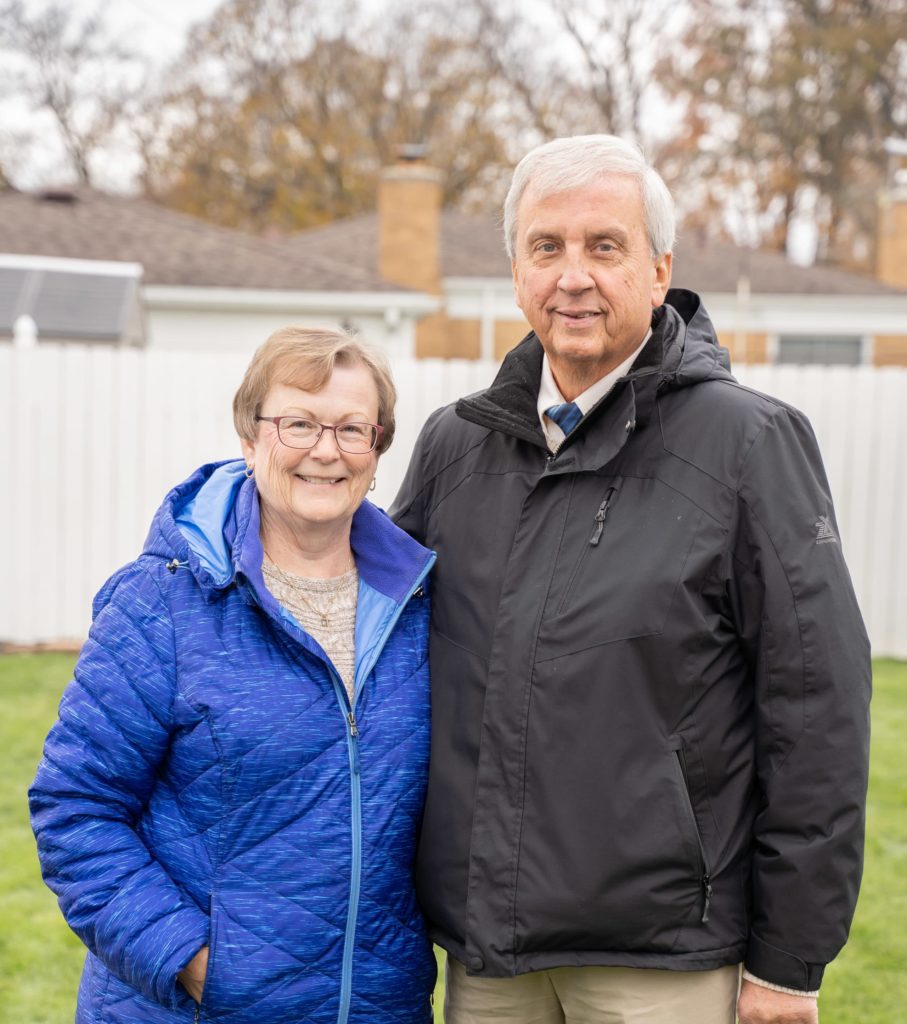 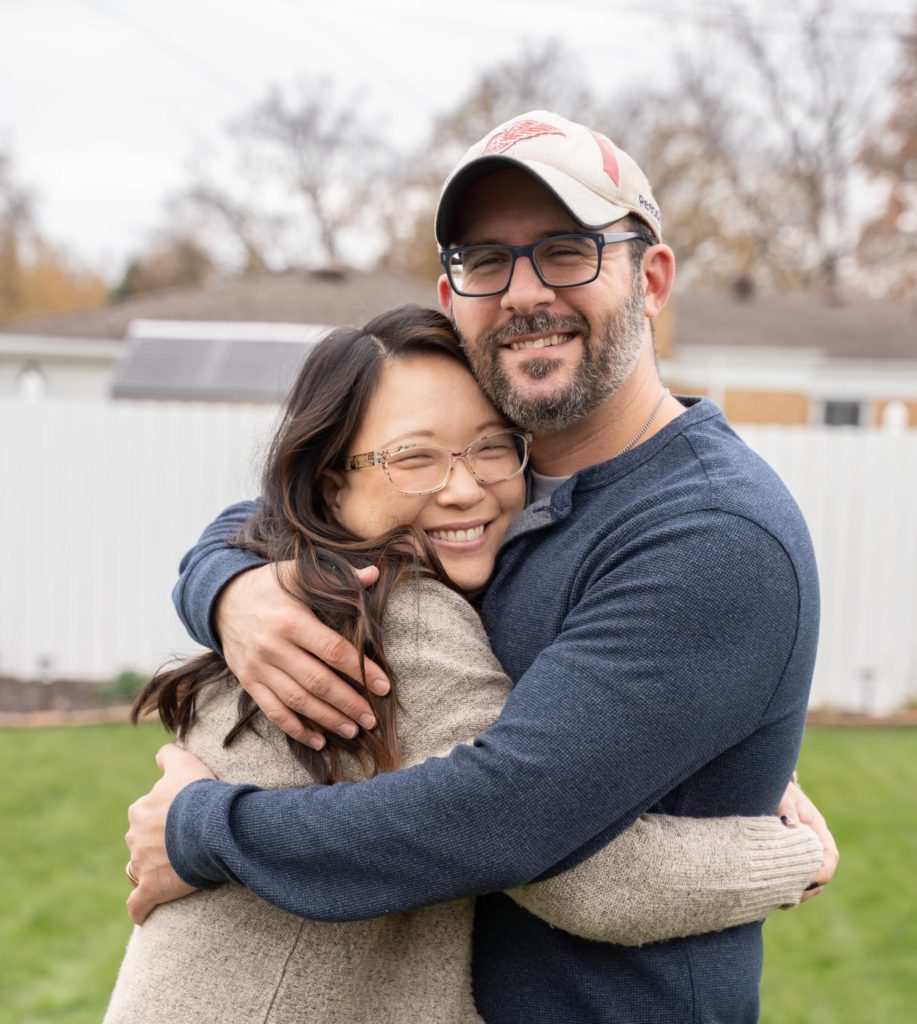 Nicole and her husband, Russell, have been married for 15 years and live in Madison Heights with their four children David (12), Ryan (10), Sean (8) and Angelina (5). The Catholic faith is a guiding force in their lives.

“We talk about evangelization, and it starts right with the family,” Rick Waligora, the children’s grandfather, says.

He and his wife, Judy, consider themselves lucky that each generation of their family practices the faith, but Nicole and Russell are quick to point out that Grandpa and Grandma are part of the reason.

“My parents instilled in us the importance of keeping our faith as part of your daily life,” Nicole says. “And that when you get married, you commit to raising your children in the church.”

Russell says he’s hit the jackpot when it comes to in-laws. “My in-laws are just phenomenal people,” Russell says. “They are people that I aspire to be like. We are so blessed to have them in our lives.”

“Seeing your parents going to Mass is a big thing,” Russell says. “But seeing your grandparents there, too — I hope that would help solidify to a kid that this is important, that this is something that I need to pay attention to in life.”

Rick and Judy live just three blocks from their grandchildren. They play a huge role in their everyday lives, shuttling them to and from school, hosting game nights and watching movies with popcorn. “It’s great,” Rick says. “Our lives just revolve around them.”

Nicole believes her children are picking up more than just good manners when they interact with their grandparents. “I think they’ve come to know Jesus’ love because they see it in how it’s expressed between everyone in their family,” she says.

Helping One Another Grow

But for this family, it’s more than just handing down the faith to the next generation. Each marriage has been an opportunity for the spouses to grow in their own faith — or to reach a conversion.

“When we were first married, my husband was stronger in the faith than I was,” Judy recalls. “My family was leaving the faith, and they were going to nondenominational churches.”

Judy says her husband helped her see the importance of the Catholic faith. “And I give my husband credit for that, because I think at one point back years ago, I could have left.”

For Russell, marrying Nicole meant he participated in marriage prep courses through the church and attended Sunday Mass with her, but he wasn’t Catholic. He says initially he felt “indifferent” about the faith, although he would often ask his wife questions and read books to get a more in-depth answer to questions he had.

“She was very good with not pressuring me,” Russell says about Nicole. “But my own curiosity began to pique.”

He read Scott Hahn’s Rome Sweet Home, which he says answered a lot of questions. “The way he presented the arguments, it just fell into place so easily, one after another,” Russell says.

The turning point in Russell’s conversion took place shortly after he started joining the Communion line to receive a blessing at Mass on Sunday. Although he always crossed his arms, one time the parish priest held up the Eucharist anyway.

“He reaches down in the chalice and held the host up to me, and he held it there for a second,” Russell says. “And I remember thinking, ‘I want that.’ I think it was an ‘I believe’ moment.”

Later that day after lunch, Russell says, “I told Nicole, I think I’m ready to join RCIA, and I walked out of the room.” He laughs and says, “She claims I dropped this huge bomb on her nonchalantly. But it was 10 years in the making, and that was just the last piece of the puzzle. That was the final piece that I needed personally.”

Russell joined the church about five years ago, and he gives the bulk of the credit to his wife. “Most of my conversion was her answering my questions,” he says. “The term ‘soulmate’ gets thrown around a lot, but I truly believe that I found my soulmate.” 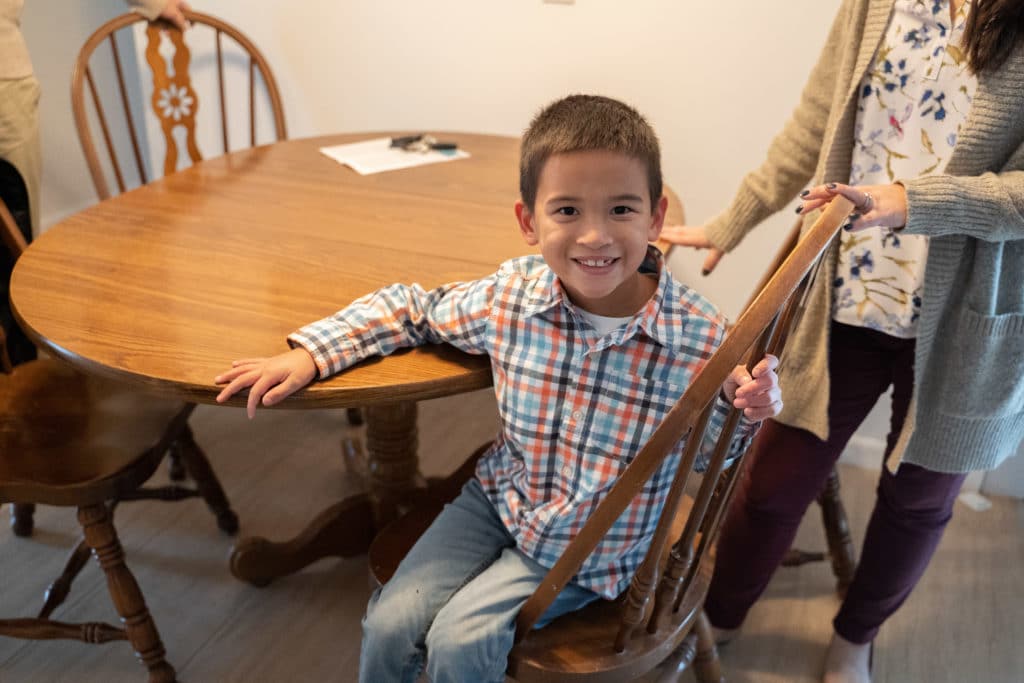 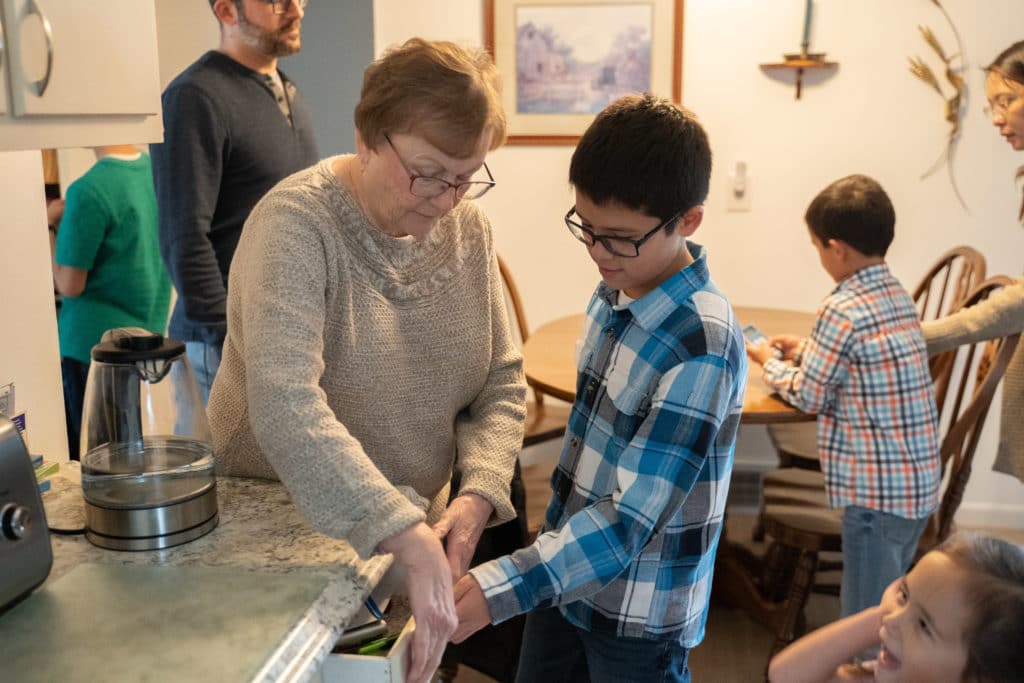 The Purpose of Marriage

Nicole says every marriage should be “an expression to the world of how much God loves us.”

Nicole’s job as the natural family planning coordinator for the Archdiocese of Detroit means she talks about the purpose of marriage to newly engaged couples, married couples and even seminarians.

“So, there’s a misunderstanding on what it means to be open to life, but I think the fuller, richer truth is that married couples are taking on the responsibility to represent God’s love for his church through your relationship with your spouse.”

Nicole’s work at the archdiocese goes back to Archbishop Allen Vigneron’s Unleash the Gospelinitiative.

“The biggest thing that the archbishop is trying to say is that if we are going to change the actual DNA of the church, then we have to look at who makes up the church, and the bulk of the church is families,” Nicole says.

This focus on the family means that the archdiocese is ramping up faith-formation classes that actually work for a family’s schedule, creating opportunities to learn natural family planning and emphasizing the importance of daily prayer within the family.

Nicole’s one word of advice to families and couples is to pray. “Start wherever you feel most comfortable,” she says.

After all, the next generation is counting on you to hand on the faith.