Pilgrimage: A Motion of the Human Heart

A Catholic traveling on vacation spends a few hours in a cathedral, admiring the stained glass windows and marble statues. He sees the same images he’s been looking at since his youth. There’s no new theology to learn and nothing he hasn’t heard or read about before.

Or consider the person who identifies with no particular religion—is “spiritual but not religious.” On a whim, she decides to stop into an historic shrine recommended by a favorite travel site.

At first, they are mildly interested at best—yet, somehow, both emerge from the churches feeling spiritually invigorated, with hearts awakened to the sense of the sacred and the beauty of the Catholic faith.

This is the experience St. John Paul II writes about in a 1993 letter honoring the Holy House of Loreto, an Italian shrine of the Blessed Mother.

“How many people have gone to a shrine out of curiosity, as visitors, and have returned transformed!” the Holy Father exclaims. He reminds us that a pilgrimage to a Catholic shrine could become a moment of grace and an authentic act of worship. Such a moment can even move the heart of a skeptical pilgrim — essentially a tourist — who journeys to a shrine only for the history, the artwork or the natural scenery.

Pope Francis agrees with John Paul’s insights about the spiritual power of pilgrimage. In a 2018 address, Francis encourages — in fact, challenges — international shrine rectors to develop what he called a culture of hospitality at their shrines. When pilgrims feel welcomed, especially after a long and difficult journey, their hearts are particularly opened to being shaped by grace. This “climate of friendship,” he explains, becomes an ideal condition for metanoia, change of heart.

For Catholics who have been away from the Church yet who still feel moved to visit a shrine, whether out of sentimental reminiscence or just plain curiosity, the human warmth of a hospitable welcome could be “a fertile seed that our shrines can throw into the soil of the pilgrims,” Francis suggests. Nourished by grace, such a seed might lead to a fruitful reconciliation with the faith.

Both of these popes have understood that the most secularized tourist and the most seasoned Catholic can both be surprised by grace on a visit to a Catholic shrine. In that sacred atmosphere, a combination of the graciousness of God and a little bit of willingness can lead to something extraordinary: seeing life, and faith, with new eyes.

The longing to go on pilgrimage has been in our hearts from the beginning of time. Father Bede Jarrett, OP, attributes this desire to the “instinctive motions of the human heart.” A pilgrimage to a sacred place is a fundamental spiritual act that derives from a person’s core.

Some scholars trace the origins of pilgrimage to a superstitious belief that the divine can be localized. Wayfaring tribal people, for example, would return to the protection of the nature gods they believed resided in the forests and caves of their homeland.

For us today, perhaps the origins of pilgrimage are less important than the essence of the experience itself. Catholic anthropologists Victor and Edith Turner have an intriguing insight: Being on a pilgrimage is something of an in-between state, bookended by what a person is and what he is to become. There, in that mysterious space, is where meaningful spiritual change can happen.

And in that same space, that personal cloud of unknowing where pilgrims often experience an intense sense of communitas, or grace-inspired unity, with fellow travelers. 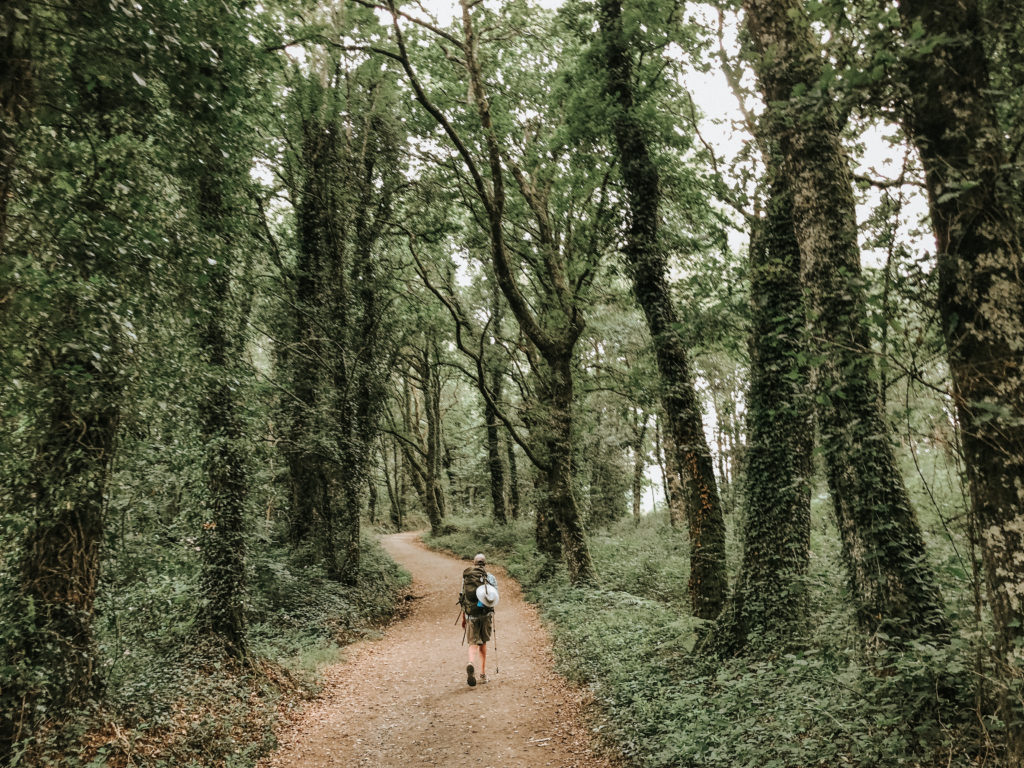 I can attest to the sometimes otherworldliness of the pilgrimage experience. On my own journey on Spain’s Camino de Santiago in 2008, villagers often would appear seemingly out of nowhere, “camino angels” pointing me, a very confused pilgrim, back toward the right path or away from the wrong one.

I’ve seen miracles of metanoia, such as a young German pilgrim — a self-professed atheist but baptized Catholic — standing in line to receive Communion at a pilgrims Mass at a mountainside monastery, some two weeks into his camino journey.

I’ve also experienced the miracle of heartfelt human communion. I had anticipated taking on the camino like a modern-day St. John of the Cross. On my solitary journeying, surely I would be gifted with illuminations of wisdom from above (as long as I wasn’t bothered by those pilgrims in front of me).

What was I gifted with instead? A camino of lively, laughing fellowship with an unlikely crew of peregrinos: a sailor from Norway; a man from Quebec walking in honor of his recently deceased wife; a Catholic schoolteacher from Ireland on her summer vacation; a young Lutheran priest, just ordained; a 40-something German walking out the sadness of a fresh divorce; and a deeply religious Calvinist husband and wife from South Africa, accompanied by the man’s middle-aged sister who refused to abandon her pilgrimage in spite of a perpetually barking ankle.

Many of us sat together, sweaty and dusty, at the noon pilgrims Mass at the cathedral in Santiago de Compostela — our destination finally reached and our last day together. I looked around at my companions, looked up at the glowing statue of St. James behind the high altar and simply said to myself, “Thank you, Jesus. Thank you, Lord. Thank you so much that I am here.” 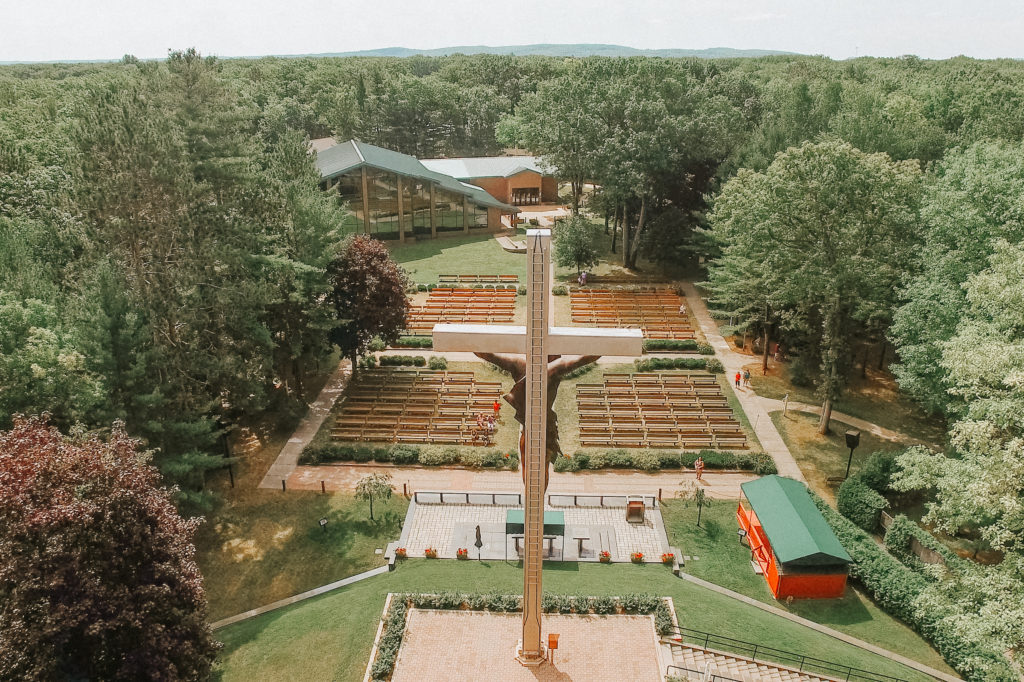 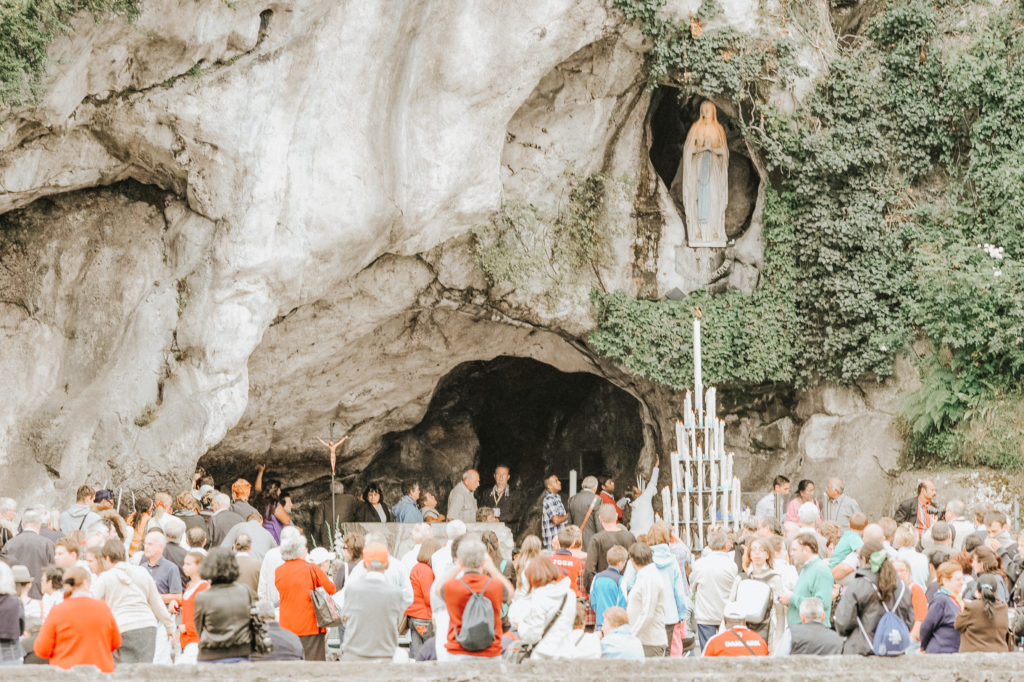 Pilgrimage can be a challenging thing to fully understand, but we know this for sure: Men and women are beings with spirits, born to worship God in “Spirit and truth” (Jn 4:23). This impulse to worship is part of our very natures: a “wholesome craving” it’s been called.

And, as beings who also have bodies, theologians point out that we seem to be drawn instinctively to physical places called theophanies. These are locations where God literally breaks into our world, as in the burning bush or the crib of Bethlehem, or where God shows his presence through holy people or miracles, such as at apparition sites of the Blessed Virgin.

At such places, explains Fr. Kevin Todd in his book on walking the Camino, there’s a “thinness” to the space that divides us from the divine. Visiting a sacred site with its sensory treasures — religious art, sacred relics, soaring spires, moving liturgies — helps the mind to visualize the invisible God. And thus, we feel closer to God, less separated from the world of the spirit.

As Catholics, unlike the superstitious tribespeople, we know the divine can be localized, that God does choose to show his power in specific places through material means and that there can be interchange between earth and heaven through the supernatural thinness between them.

Penance is part of the trip

Traditionally, pilgrimages have a penitential element (from the Latin poena, meaning punishment). Woe to the medieval criminal sentenced to pay for a crime through a pilgrimage of penance! Murderers were sometimes forced to make a long journey, scorned and alone, with the murder weapon chained around their necks. Some criminals had to walk barefoot wearing nothing but a waistcloth. The 500-mile trek under the brutal sun of the Camino de Santiago would have been tortuous, even deadly.

Discomfort is not always physical, either. Consider the sandpaper nature of human relations. Often it is difficult to show kindness to others during a lengthy pilgrimage. But if we have to petition God for patience, over and over again, is that such a bad thing? And think of the benefit of offering up our various struggles — lost luggage, late flights — for the well-being of others. (Even for the well-being of the snorers in the next room!)

Of course, there are this-worldly motivations for making a pilgrimage. Not everyone’s urge to travel to a shrine or other religious site comes from a holy impulse. And what’s so wrong with that?

Pilgrims through the centuries have enjoyed the exciting newness of travel, and God understands we need a break sometimes from the grind of everyday life. Pilgrimage as vacation can easily be merged with pilgrimage as devotion. “Our holy days become holidays,” as the saying goes.

So, why not make a visit to a Catholic shrine soon? Be expectant. You might be surprised by what heaven has in store for you.