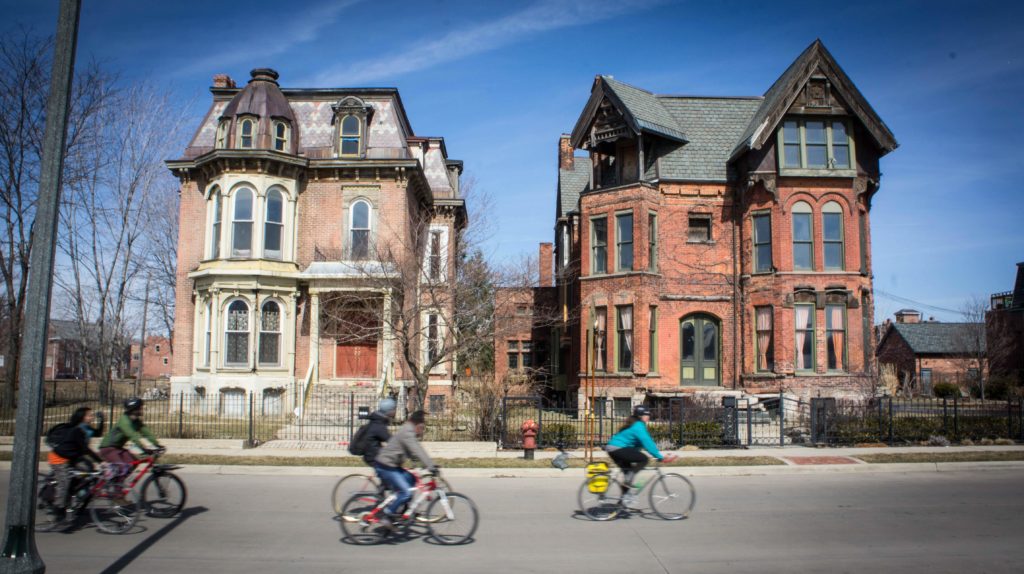 For many of us, 2008 was a year of fear, uncertainty and loss. The Great Recession, as it is now known, was a period that would change the trajectory of my life forever.

As a kid, I hadn’t fully understood how privileged I was until I realized that none of my friends’ families had multiple real estate investments, several cars, a giant house, a nanny and the opportunity to go on extravagant vacations several times a year the way my family did.

My parents had built careers in the real estate industry, which proved to be extremely fruitful for our family in the early part of the 2000s. All of the spoils of my parents’ labor were normal for me and my three siblings. We didn’t grow up knowing anything else.

We were raised in the Catholic faith and would make an effort to make it to Mass every Sunday, but as a young teenager, I hoped every Sunday morning that my parents would oversleep and we’d get to skip Mass that week. I would go so far as to sneak out of bed and peek into my parents’ bedroom, and if they were still sleeping when I knew it was time to leave for Mass, I would quietly return to my bed with a smile on my face.

That was the extent of my faith. God was a distant being I would worship when it was convenient for me. I had no grasp of who God was, let alone what it meant to be in relationship with him.

The beginning of the recession coincided with me being forced to go through this thing at church called Confirmation. My only understanding was that it was like getting my First Communion, but at the end of the process, I would be allowed to get married in the Catholic Church. I figured I would want to get married in a Catholic church one day, so I reluctantly agreed to give it a shot.

I went on my first retreat that year and committed to start taking my faith more seriously. I began asking questions I had never asked before, such as “What is Mass all about?” and “How do I begin a relationship with Jesus?”

At exactly the same time, my world at home began to fall apart. The recession hit my family and we toppled like a house of cards.

My parents filed for divorce. The bank took our house. We could keep only what we could pack within a few days, and the rest we left behind.

It was then I realized I hadn’t known I needed God until these other “gods” were stripped away. My life was so heavily built on a foundation of self-indulgence that I never thought about what I would do if it were all taken away.

I realized this was the first real test of my faith. Would I retreat into isolation and become a victim of my circumstance? Or would I surrender to God and let him lead me?

Being the oldest child in my family, I decided that if I wanted to continue being a role model for my siblings, I had no choice but to surrender my will to the Lord. Believe me, there were days when I wanted nothing to do with the responsibility of being an older brother, but by the grace of God, I figured out a way to do the job.

Surrendering to God proved to be the best decision of my life.

In the midst of hopelessness, I found comfort knowing God was with me in the darkness, leading me to a place of peace. I learned the power of falling to my knees in prayer. I grew dependent upon receiving Jesus through Holy Communion at Mass. Instead of me pulling away from God, he was pulling me closer.

I eventually found myself volunteering at my church as a youth ministry peer leader and music minister. And through all of that, God gave me a community of young people with whom I was able to journey and on whom I could lean when there was nobody else.

I found hope and renewal when I decided to come out of the bubble I’d grown up in. I found joy in giving my time to others. I found a deep richness in my relationship with my siblings because we were sharing the burden of pain together.

God led me to a place I never thought I would find myself, and it began when I was lost and decided I wanted to be found.

That season of my life is over, but I will forever be grateful for the lessons I learned because of it. Although it might seem like a time of great loss, it truly became my greatest gain.

Hope is knowing you will reach the finish line even though you can’t see the end. It’s a daily commitment to trusting God with your burdens and allowing him to walk with you when you are weary.

In the Gospel of Luke (15:4-5), Jesus is likened to a shepherd who loses one of his 100 sheep:  “What man among you having a hundred sheep and losing one of them would not leave the ninety-nine in the desert and go after the lost one until he finds it? And when he does find it, he sets it on his shoulders with great joy.”

You may be lost and burdened with pain, but take comfort knowing God will leave the ninety-nine to go find you.